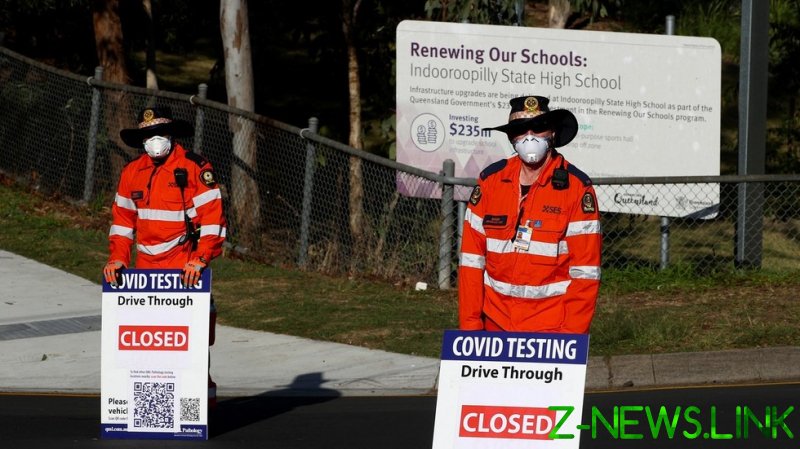 There were eight cases of Covid-19 detected in Queensland on Saturday, including five local transmissions, provincial health authorities have reported. The latter are all members of the same family in Queensland capital Brisbane, which was “really good news,” according to Premier Annastacia Palaszczuk.

“In the next 24 to 48 hours we’ll be closely monitoring the situation and if we start seeing any seeding, then we may have to take very quick, fast action,” she said.

Palaszczuk called on Queenslanders to “step up” by strictly following health guidelines and getting tested if they have even mild Covid-19 symptoms. The five cases in Brisbane were caught after a mother decided to test her 13-year-old daughter, who complained about a headache, Chief Health Officer Doctor Jeannette Young said.

Australia has taken a containment approach to manage the pandemic, working to quash community transmissions with harsh local lockdowns. Such measures are currently in place in New South Wales (NSW) and the cities of Melbourne and Canberra.

However, there is a growing public resentment towards the restrictions, especially since their enforcement has been quite harsh. Emblematic of the situation was the reaction of former prime minister Tony Abbott to being fined this week for not wearing a mask in public.

“I think as soon as we can leave this health police state mindset behind us, the better for everyone,” he told the media. “If you’re walking down the street and you see someone come out of his house without a mask and you call the police, well, frankly, that’s just Stasi-like behaviour.”

Abbott was directing his anger at a woman who took photos of him on a beach when he wasn’t wearing a mask and reported him to police on Friday. She called the ex-PM’s charge that “dobbing and snitching” was contrary to the Australian character “absolute hypocrisy” because “he continuously called on Australians to dob in people” when in power.

The politician said he will not challenge the penalty, which amounts to AU$500 (US$370), despite believing that he was “well within the law, reasonably interpreted,” because he didn’t want to waste police time.

The cluster of infections in Queensland, which may trigger a lockdown in the state if the virus spreads further, is believed to originate from neighboring NSW. A man from there visited the Queensland family last week and has since returned to his home state. His test results were not available on Saturday.

Queensland has 21 active Covid-19 cases and has recorded seven deaths related to the disease since the start of the pandemic. The state, which has about 5 million residents, has administered over 1.5 million doses of vaccines.