Live broadcasting of misogyny, violence & even death: The growth of ‘trash-streaming’, a disturbing Russian internet sub-culture 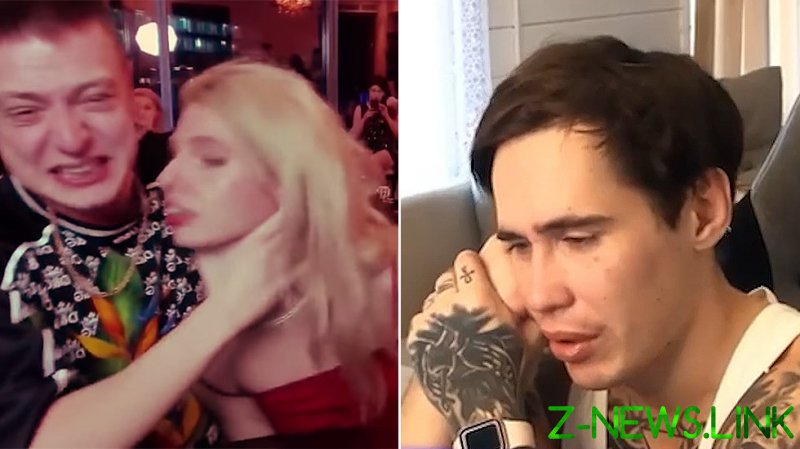 In essence, trash streamers make money by taking payments for their on-screen actions. Viewers, sometimes in their thousands, send donations with commands for things the streamer should do. Often, these include humiliating other on-screen guests, or offering cash to young girls for performing sexualized actions on camera. ‘Trash-streaming’ has become a sort of 2020 version of a gladiator fight, a form of voyeurism thousands are happy to pay for, which earns a select few a very handsome living.

This sub-culture caught the eyes of the Russian popular press in October, when TV news channels reported the story of a girl being beaten on air. Two months later, in early December, another blogger hit his girlfriend on video and threw her out into the cold. A little while later, broadcast to a live audience, the streamer brought the girl back inside. She was now dead. The blogger continued to stream, with her corpse on full view.

The first example is that of Mellstroy (Andrey Burim). A native of Belarus, he started his streaming ‘career’ at least three years ago. Burim’s videos are often set in a high-rise apartment in the expensive ‘Moscow City’ business district. The blogger usually has multiple guests on the stream, who are mainly young girls and other well-known social media stars.

In other broadcasts, the host’s guilt is not so black-and-white, with financial desperation often appearing to be a cause. One man, Nikolay Belov, hit his mother twice in the face for a 1,000-ruble donation. Like many other streamers, his broadcasts were dominated by drinking, which often ended in violence. Just this year, Belov has covered his nose in excrement and urinated on his own face, all for small amounts of money, and to a tiny audience. The feces video has just 2,300 views.

These are just a select few examples of an ever-growing genre, in which most participants are barely known. With such a small audience – and abuse that doesn’t reach as far as death – it is anyone’s guess what is happening on other, barely seen channels.

Trash Streams as a Reality Show

During this year’s Covid-19 lockdown, the popularity of ‘trash streams’ peaked to a point where successful entrepreneurs decided to cash in further. In the summer, the creator of wildly popular YouTube channel Versus Battle (4.55 million subscribers) founded Sosed TV, a sort of trash stream/’Big Brother’ hybrid.

Several people have moved into a house with cameras in every room, and they take money from the viewing audience to do whatever is asked. Some of the cameras, like the bedroom, are behind a paywall for 169 rubles a month. Every few days, a video of the “best bits” is posted online.

Sosed TV has a somewhat exploitative feel, and it is self-described as a social experiment for “the most liberated and crazy people who have nothing to lose, nowhere to live or who are left without work.”

The show has turned out not to be very popular, but it made headlines after one contestant reported that she had been raped while inside the house. The woman, Alexandra N., claimed that a 27-year-old man named Victor sexually assaulted her as she was sleeping.

The mainstream attention for trash streams might cause them to fade away. On Friday, the leader of Russia’s opposition LDPR Party, Vladimir Zhirinovsky, proposed a total ban on “demonstration of violence,” and suggested punishing violators with “real prison terms.”

Speaking to newspaper Vzglyad, Civic Chamber member Ekaterina Mizulina called for the country to “adopt tougher laws on self-regulation and self-censorship of social networks,” noting that the Russian internet has “all-new types of destructive content,” including “live streams with scenes of violence, bullying, and abuse of often helpless and socially insecure people, such as homeless people.”

Also speaking to Vzglyad, Human Rights Council official Kirill Kabanov called for Roskomnadzor, Russia’s federal censor, to “expand the powers of law enforcement” and close offending blogs. He suggested that viewers of the streams should also be held accountable for their content.