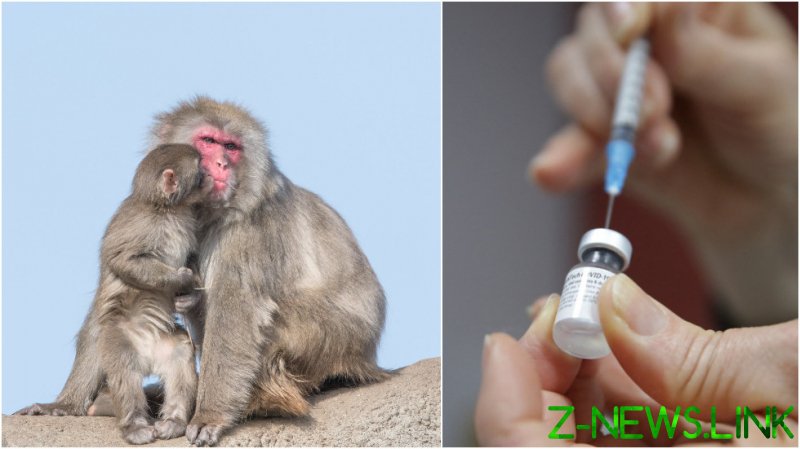 Joining more than 5 million fully vaccinated Michiganders – humans, that is – some animals at the Detroit Zoo are now being inoculated with a special vaccine created for veterinary use, the Detroit Zoological Society (DZS) announced in a statement on Monday.

“Much like we vaccinate dogs for things like parvovirus, distemper or rabies, this is needed to protect animals at the Zoo,” said Dr. Ann Duncan, director of animal health for the DZS.

Developed by Zoetis – a pharma firm whose research team is based in Kalamazoo, Michigan – the animal-specific vaccine was first administered to gorillas, chimpanzees, tigers and lions at the Detroit facility. While the zoo said none of its animals have yet contracted the illness, it noted that cases have been detected at other American zoos, and that a tiger and a lion had died from the virus at facilities in India and Europe, suggesting risk of infection does exist for many animals.

“We’re both thankful and relieved a special vaccine is now available to protect against Covid-19,” Scott Carter, chief life sciences officer for the zoological society, added.

Many of the mammals are trained to present themselves to our animal care staff for minor medical procedures, including vaccinations.

The Zoetis jab was first unveiled earlier this year at a zoo in San Diego, California, where four orangutans and five bonobos became the first non-human primates to be vaccinated against the virus. Eight gorillas at the same zoo had previously tested positive for the virus – reportedly the first of their species to do so – but were not vaccinated as they were thought to have developed natural immunity.

Though the company originally developed the formulation for dogs and cats, it appears to have worked as intended in other animals and has triggered no adverse reactions.

Zoetis is not the only pharma firm looking to produce jabs for other creatures, however, with the Russian-developed Carnivac-Cov vaccine officially registered by the country’s regulators last March. Touted by its creators as “the first, and to date, the only Covid-19 product in the world for animals,” the vaccine was proven effective for dogs, cats, arctic foxes and minks, among others.