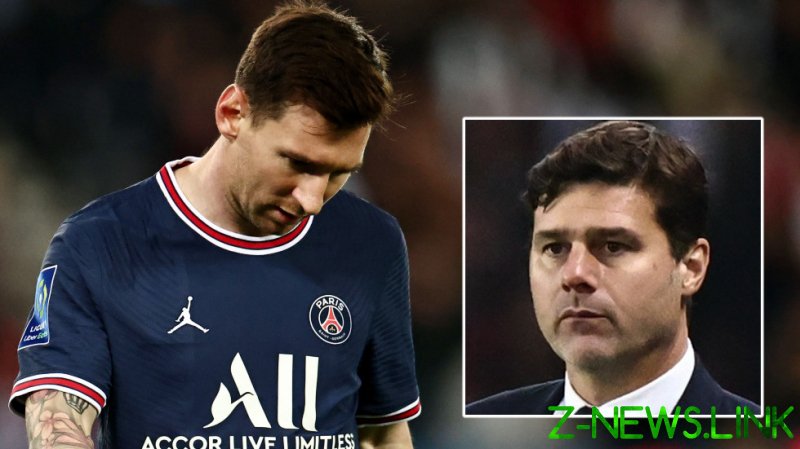 Six-time Ballon d’Or winner Messi went a fourth appearance without scoring in Ligue 1, which is widely considered the weakest of the major leagues in Europe, as he was replaced after 45 minutes of the visit of the surprise 2020/21 champions.

Boss Mauricio Pochettino risked more wrath in substituting Messi following the criticism he received for switching out the superstar striker at home to Lyon in September, although his decision to make changes was perhaps more justified with his team facing their first defeat at the Parc des Princes of the season.

Mauro Icardi, who has hit the headlines recently over rumored relationship troubles during a period that saw the ex-Argentina forward miss a PSG match for personal reasons, came on for Messi in a change that prefaced a change in fortunes – albeit one that was not immediate.

Almost half an hour after Messi’s departure, captain Marquinhos equalized from an Angel di Maria cross.

Icardi then spurned a huge chance before Di Maria made it 2-1 with two minutes remaining, pouncing on a pass from Brazil striker Neymar.

Few would have tipped Messi, their star summer signing and one of the greatest goalscorers of all time, to have notched a grand total of zero league goals during that time.

The 34-year-old has been in more familiar form in the Champions League, scoring three times in as many appearances including a spectacular long-range effort against Manchester City in Paris that was his first goal for the club.

Argentina captain Messi did go five league games without scoring for former club Barcelona at the start of last season, although he only once went more than a game without a goal after that – a run of two appearances towards the end of the campaign.

Paris fans will feel cause for optimism given Messi’s final tally of 30 goals in 35 league appearances for Barca in 2020/21, despite playing for a toiling side with few players of the calibre of Di Maria and Neymar.

“Poch’s use of Messi in his system is just horrific but the people who don’t watch the matches will just troll,” said one fan, addressing Pochettino by his nickname.

“He’s the best ever, right?” asked a Chelsea supporter, responding to the familiar debate around who is the better player out of Messi and Manchester United megastar Cristiano Ronaldo. “Should be doing more in Ligue 1 while playing for PSG.”

Paris travel to Leipzig in the Champions League on Wednesday before heading to Bordeaux in Ligue 1 next Saturday.