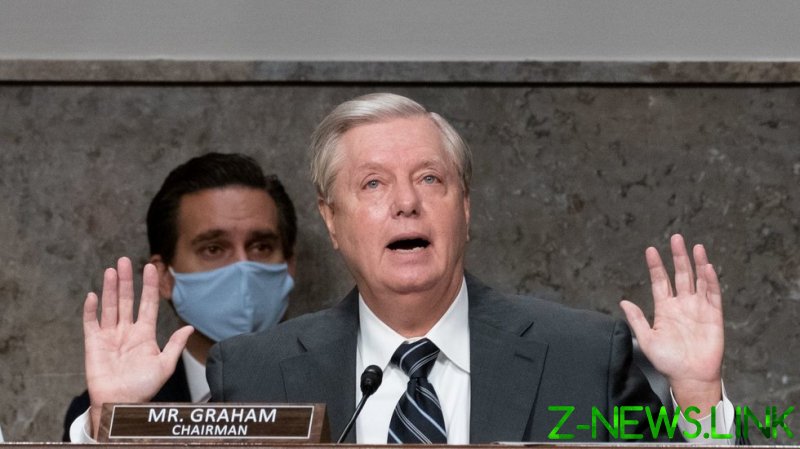 Harrison’s $57 million haul blows past congressional fundraising records, and is also the largest ever three-month total for a Senate candidate ever, according to his campaign.

The support came through 1.5 million donations from over 990,000 donors, with an average contribution of $37.

Harrison’s financial success comes only two days after Graham found himself in hot water during a public forum when discussing civil unrest over police reform and racism.

Graham said he does not believe South Carolina or police are inherently racist and went on to say that black people and immigrants can go anywhere in the state as long as they’re “conservative.”

“The one thing I can say without any doubt, you can be an African American and go to the Senate, you just have to share the values of our state,” the senator said. He pointed to Sen. Tim Scott (R-South Carolina), who is black, and former Republican Gov. Nikki Haley, who is of Indian descent, as examples of conservative people of color succeeding.

“Folks, it’s not about the color of your skin or where you came from, it’s about your ideas,” he said.

He also talked up his support of historically black colleges.

“I care about everybody, if you’re a young African American or an immigrant, you can go anywhere in this country,” Graham said. “You just need to be conservative, not liberal.”

Graham’s bizarre comment earned immediate backlash, including from his opponent, who is black.

“Lindsey Graham finally said the quiet part out loud: he only cares about South Carolinians who belong to his political party,” Harrison tweeted. “This isn’t about political parties. It’s not about left vs. right. This is about right vs. wrong.”

While South Carolina has not elected a Democrat to the Senate since 1998, Graham has admitted to struggling during this race. He has not released his final quarter earnings, but he recently told Fox News he is “getting killed financially” by Harrison because liberals “hate [his] guts.”