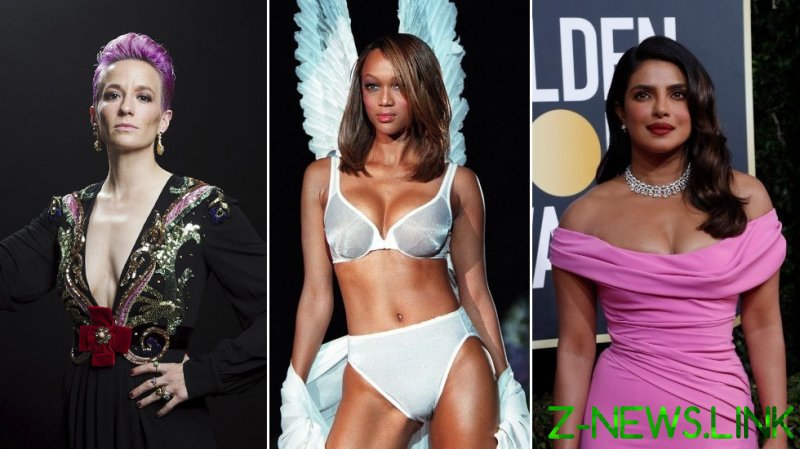 The move, which was revealed on Wednesday in a New York Times article, is presented as an attempt to shed the company’s “dated” approach to selling underwear. It’s grounding its host of “angels” – supermodels in fantasy bras and exotic wings – and is putting forward a team of seven women to represent its new values.

The so-called VS Collective includes US athlete and LGBT activist Megan Rapinoe, Chinese-American skier Eileen Gu, Swiss-American biracial plus-size model Paloma Elsesser and Indian entertainer and rights advocate Priyanka Chopra. They and others on the team will advise the brand, appear in ads and promote Victoria’s Secret on Instagram.

The goal is to “redefine” what the company considers sexy, leave behind accusations of entrenched corporate “sexism, sizism and ageism” and hopefully reverse the trend of losing market share to other brands, including those that market themselves as being anti-Victoria’s Secret.

The success of the ambitious rebranding campaign, however, is far from certain. The NYT wonders if women “would buy it” and many of its readers seem to concur, citing multiple reasons why. Some say repackaging underwear as an empowerment garment won’t work if the product remains overpriced and of poor quality.

Others doubt that Victoria’s Secret will ditch its unethical cost-cutting manufacturing practices along with its angels. Presumably, people whose shopping decisions depend on what causes a company promotes also care about issues like slave labor.

Plenty of people simply don’t like the approach, reciting the mantra: ‘go woke, go broke’. There are plenty of examples of how going after some cultural boogeyman like ‘toxic masculinity’ or ‘whiteness’ can result in spectacular backlash instead of a sales boost.

In addition to reinventing itself as a new culturally up-to-date retailer, Victoria’s Secret plans to address some of the long-standing issues with its stock, including providing more sizes and more comfortable clothes, according to the NYT. The stores that survived the Covid-19 culling are to become lighter and brighter and feature mannequins of different shapes and sizes. While thongs and laces will keep their places, the company will expand its product lines, especially in areas like sportswear or maternity clothes.

The appeal of brand reform – at least to investors – is to be tested this summer, when the retailer splits from L Brands and Bath & Body Works and becomes a public company.