Home / WORLD / Like the Soviets with communism, US mission to ‘democratize’ Afghanistan failed as it couldn’t impose what it doesn’t have at home

Like the Soviets with communism, US mission to ‘democratize’ Afghanistan failed as it couldn’t impose what it doesn’t have at home 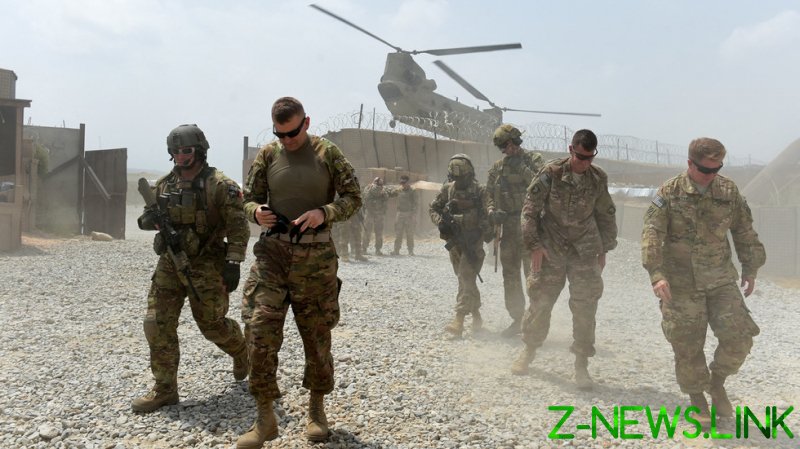 The disaster is already being spun into a rousing tale of special-forces-to-the-rescue – the rights for a future movie titled something like ‘The Secret Soldiers of Kabul’ are probably being bought up in Hollywood as we speak. But across the world, the Great American Rout of Afghanistan will live in infamy – and for much longer than two decades.

The debacle is so spectacular – and, for now, so omnipresent via the global media, traditional and social – that it has even started to shake, a little, the usually rock-solid conformism and complacency of the “indispensable nation’s” political-military-think-tank elite. It’s indicative of how bad things must be this time at the heart of the American empire that there are hardly any serious attempts to blame everything on “the Russians,” recently the American default response to severe self-inflicted pain, from Trump to anti-vax sentiment.

Ironically, all of this has led to a very Russian question being asked all over American chattering space: Who is to blame?

Most of the answers are repetitive and a little dull. It would be a waste of time to go into details. Instead, let’s pick a typical example which, incidentally, is far from the worst of the genre. In Foreign Affairs, a sort of Pravda of the Potomac blob, P. Michael McKinley, a former American ambassador to Afghanistan, finds that everyone is to blame and “responsibility should be widely shared.” How convenient. If everyone is guilty, no one is in a position to condemn and punish – or to be really held accountable – with your career, at the very least.

According to the ambassador “it is time to face the facts.” A shocking revelation. He duly acknowledges the immense costs of America’s war in Afghanistan, the money and the lives – in that order. And regarding the lives, only American casualties have made it into his writing – or maybe his conscience. For tears shed over the roughly quarter of a million dead Afghans and Pakistanis and counting, you’ll have to look somewhere else.

How was all of this done so badly, so as to produce nothing but “unbearably sad consequences on the ground in Afghanistan,” McKinley now laments. The US, he tells us, has contributed “miscalculations,” while the Afghan government is guilty of a “failure to govern for the good of its own people.” It is an oddly generic point – if all such cases ended in occupation by bloodthirsty fundamentalists, most of the world, including the US, would long have fallen to them.

The ex-ambassador admits that “we failed in our approach to counterinsurgency, to Afghan politics, and to ‘nation building.’ We underestimated the resiliency of the Taliban. And we misread the geopolitical realities of the region.”

After that striking confession of not really getting one single thing right, on and on goes the detailed list of errors and self-delusions. It includes systematically inflating the strength of Afghanistan’s army and police, banking on warlords that turned out to be (shockingly) unreliable, and bizarrely frontloading a rushed retreat by abandoning key logistics facilities.

Usually you burn bridges behind yourself, not ones you still need.

And yet, there’s one thing the ambassador won’t doubt: the American attempt to “impose a Western democratic model on Afghanistan.” Or to be precise, he seems psychologically unable to doubt America’s principal ability to bring democracy, despite President Joe Biden’s insistence that American boots on the ground were never part of ‘nation-building’ efforts.

What went wrong in that area, according to the ambassador, is mostly about the Afghans, their ethnic differences and colossal corruption which impeded genuine national unity. As far as the US is concerned, its mistakes were tactical, namely, to try to favor or select specific leaders.

This is perfectly wrong but very interesting. Because it is symptomatic of an immense blind spot shared by much of the American intelligentsia and public. One glaringly obvious fact fails to enter the chastened yet self-serving ambassador’s mind. The US has not only failed in the details or implementation of democratizing Afghanistan, but fundamentally – from the very get-go. In other words, few of Washington’s hawks can accept there is something principally wrong with America’s assumption that it can export its system abroad.

But there is, and it’s really very easy to spot once you let go of ideology and psychological bias. The US is not, actually, a democracy. In reality, it is an oligarchy. This embarrassing fact is so clear by now that even some American Ivy-League academics have dared state it, not to speak of a former president.

And if there is a trend, it rather points to authoritarianism. Trump may well have been a mere harbinger.

Indeed, among American Republicans – a party much of the world would consider not conservative, but far-right – it is fashionable to pretend, erroneously, that a “republic” and a “democracy” are mutually exclusive. In their view, and here comes the kicker, the USA was really meant by the dogmatically revered “founders” to be a republic only.

But it’s not just embarrassingly ignorant right-wingers. Take it from the American embassy in Argentina, for instance, which gratuitously informs us that “while often categorized as a democracy, the United States is more accurately defined as a constitutional federal republic.” This is an interesting distinction to emphasize when your presidents can’t stop going on about “democracy,” perhaps especially in South America, where the USA has of course consistently sided with right-wing authoritarians, maybe even more than elsewhere.

But the “democracy” package the USA keeps pushing consists of more than just voting, of course: It also features such things as rule of law, free markets, civil society, individual rights, and a whole set of shifting values. Depending on the time and place, these include a degree of secularism, tolerance, and, in general, a certain belief in a certain kind of rationality. Let’s call it the Double Friedman Burger – as in Chicago Milton and New York Times Tom – usually served slathered in Civil Society sauce à la Amanpour.

Now, regarding rule of law, we could, for instance, ask Steven Donziger, a lawyer who had the temerity to beat an oil company and is now punished in a brutal retaliation campaign that, in a country of corporate feudalism, has bizarrely “privatized” part of the legal system.

Then, of course, there is Julian Assange, the victim of the single most important attack on free media and government transparency in the world today, hands down. The main perpetrator of that historic, unrelenting, obstinate assault – the USA.

Free markets? Well, need we really go into the details of the oligopolistic, corrupt mass rip-off that calls itself a health system in America?

Civil society? That would be great. Unions would help, for instance. But then, alas, the USA is the country of relentless, brutal de-unionization. Not to speak of the fact that it’s hard for citizens to engage with society if they are exposed to merciless corporate governance and also know that whatever they do, a lobbyist who commands the money that election campaigns cost is stronger.

Which, of course, brings us back to that core of democracy. Voting. If you have been awake during the last, say, two presidential elections and have not yet noticed that the process of filtering and enabling candidates is anything but democratic, then I want what you have been smoking. Yes, the outcome is not (yet) entirely predictable: you can “choose” between two centrists beholden to business. (Last time around, one wasn’t even a Centrist – and delusional – while the other was “merely” senescent).

But that’s a low bar, don’t you agree?

We could go on. But the point should be clear by now: The USA cannot possibly give others what it does not have itself – democracy. To think it can qualifies as clinically delusional. And it does not matter how many share this obvious fallacy. There used to be majorities for flat-eartherism, too, once. (Indeed, there seems a significant minority clinging to it in the USA even now, which would raise that issue of “a certain rationality.” But let that pass.)

And, please, don’t get me wrong, even if the USA were a perfect democracy, it would still be a terrible and flawed idea to export that blessing by ceaseless wars of aggression, coups of “regime change,” and we-bomb-you-pick-up-the-pieces campaigns that are really the geopolitical equivalent of a drive-by shooting. Yet, unlike what so many Americans seem to believe, at this point, all of that is not even the problem.

What the world is really facing now from the “indispensable nation” that wants to be “back” is simpler and, perhaps even worse: If America can export anything, then it is, of course, only what it actually has at home: oligarchy, militarism, corruption, and massive inequality.

In that respect, it is, like it or not, exactly like the hubristic Sovietizers of mid-20th century Stalinism. What they brought to those they conquered was not the ideals of the Soviet constitution of 1936 – a glowingly progressive and liberal document entirely divorced from the state’s policies. Instead, they imposed what the Stalinist Soviet Union was really like: highly authoritarian, very violent, and deeply unequal, too.

If only more Americans could grasp that their real task is to bring democracy to the USA. Many, I believe, actually do. But will they prevail? I would not get my hopes up. We have been here before: At a point so abysmally low that even the American elite is temporarily humbled and mildly awake. And yet, we have never yet seen lasting learning, that is a widespread recognition of the fundamental problem: You cannot give what you do not have.