Home / Society / Like the Soviet Union did people poor

So, friends — today will be a post about the Soviet nischebrodstvo — actually, how poor were the majority of Soviet citizens. Fans of the USSR, of course, do not agree with this — in their opinion, every Soviet citizen almost immediately after birth receive absolutely free a one-bedroom apartment, a car, eating only high-quality and natural productsmade according to GOST, and his apartment was furnished with expensive furniture made of natural wood.

In fact, almost the entire existence of the scoop, the majority of Soviet citizens lived in a state of near-poverty for months and years saving up money for a very simple purchase, and in today’s post I will demonstrate. There is no “middle class” in the USSR did not exist — were provided to the ruling elite, which enjoyed all the blessings of life, and 95% of the rest of the population with uniformly spread poverty. Even the current poor “state employees” from Russia, Belarus or Ukraine are much richer model of the Soviet man.

So in today’s post — the whole truth about the Soviet nischebrodstvo. Come under kat, there interesting. Well, friends to add do not forget)

How many actually received the Soviet people? 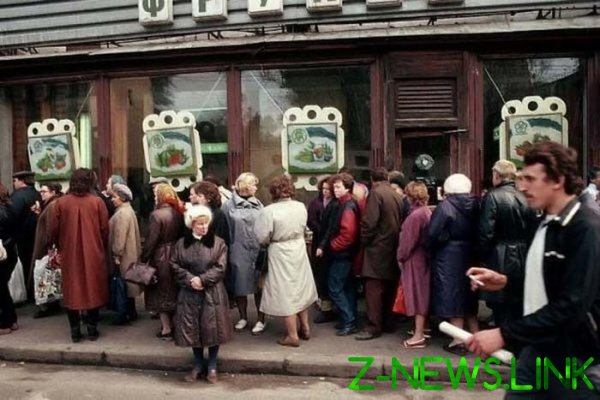 In order to understand the extent of Soviet poverty, you first need to determine how much money he earned, on average. If you take the “average temperature on hospital” — the average Soviet wage was about 120-130 rubles. There were those (some) who received 350-400 or even 500-700 rubles — there are all sorts of superiors and officials (for example, the salary of the Minister was 800 rubles), but there were also those who earned no more than 80-90 rubles, and there was a lot more than the first Soviet minimum wage was 70 rubles, and received a lot of unqualified staff, like cleaners.

In General, the average Soviet wage was exactly 120-140 rubles, for an average figure, take the amount of 120 rubles per month. It is so much in 1970-80-ies received average engineers, doctors, teachers, civil servants, there are all sorts of recorders and other comrades — in General, most of the urban population. For fun you can talk to people of the older generation, of those who had worked in the Soviet Union — you will call the average such amount.

What you could buy in Soviet salary. 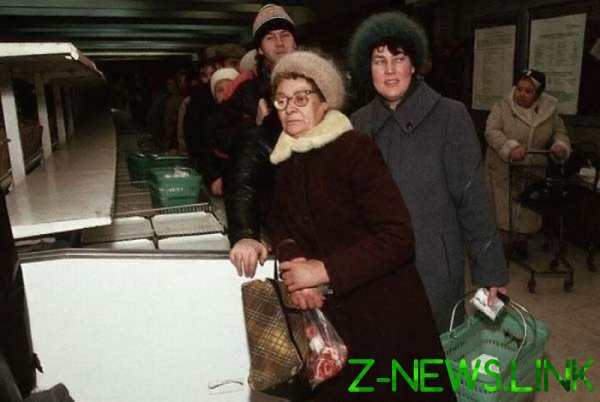 Now let’s see what you could buy for the average Soviet salary. A decent coat is worth more than a hundred rubles — from 110 to 150. Good shoes worth $ 50-60. Total — the average Soviet salary in the USSR did not even have enough even for coats and boots, would save. Boots with synthetic fur (by the way, the ugly quality) cost as much as 82 of the ruble. Can you imagine? A lot of people scoop worked for 70-80 rubles a month, in fact, earning only one pair of boots per month. Children’s shoes cost a little cheaper, but also very expensive in comparison with modern — suffice it to recall the scene from the movie “Office romance”where Novoseltsev lends 20 rubles for shoes for my son, a sixth of the average Soviet wage.

Go ahead. Appliances. Tape recorder “Dnepr-12” was worth 147 rubles — much more than the average salary. Refrigerator “Minsk-16” cost 390 rubles — this was three average salaries even more. Color TV “Youth” cost as much as 430 rubles — almost four. Well, I want to live in this perfect Union? Crystal chandelier (the subject of Soviet “luxury”) cost 230 rubles — two average salaries, carpets also cost a small fortune — from 150-200 rubles and above (individual instances could cost 800 rubles), furniture “wall” is also worth hundreds of roubles — in the film “Irony of fate” Lukashin mentions “Polish Suite” for 830 rubles — some absolutely crazy money for several sawn slabs of chipboard and a handful of screws. It is almost 7 times the average salary! It is as if now buy a wardrobe made of chipboard somewhere for $3500.

See also:  In Ukraine will create a list of sites that incite ethnic hatred

In a country of extreme poverty. 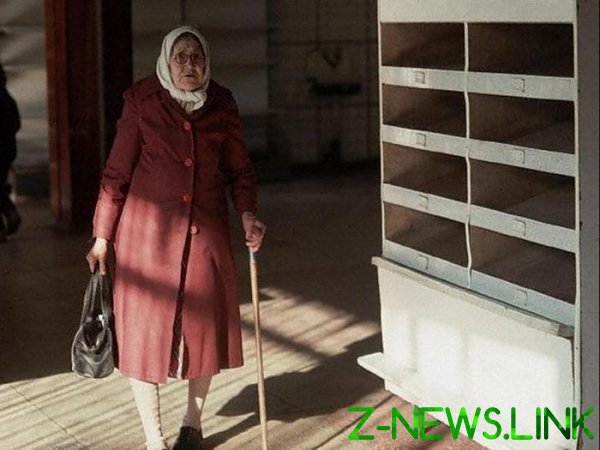 What we get in the end? But in the end it turns out that even the most simple purchases, like winter coats or shoes Soviet people had to save for months — putting 10-20 or 30 rubles a month. Again, we are not talking about any major purchases, like a car, a garage or set of furniture for the whole apartment, and in fact about household stuff , winter hats, boots, jackets and other things like that. Even such little things people were forced to collect pennies for months. The rest of the money went on food, household, some household shopping, some things for kids and stuff like that.

Fans of the Soviet Union like to talk about some sort of “savings down” after the collapse of the scoop — this way all separate interesting topic, what happened to the Soviet pseudo-money (wrappers), but today’s post is more interesting — some for fun, ask around, who is there that “burned”. Who will call the sum of 300 rubles, 500 who’s who in 800, have someone “on book” kept a couple of thousand. That’s what people have managed to accumulate over a lifetime. A measly couple of thousand Soviet rubles, 16 average salary, thousand $ 8 in today’s money. And someone did burn the amount of 200-300 rubles, and they still remember those pennies rant “burned-out savings”.

In fact, any Soviet citizen, who worked in public service for the average salary, was doomed by the state to perpetual poverty. That is, to die of hunger would you not give for bread and sausage penny always be found, but you until the end of days coming would be interrupted from paycheck to paycheck, for months to save for coat and boots, for years on furniture, and the whole life of the car. Maybe old age just would have accumulated. Actually — that’s what fans of the USSR and called the “stability and confidence in the future”. Tomorrow the bottom of the scoop was really stable and confident…

Still believe in fairy tales that in the USSR people lived richly?