Home / WORLD / Like Gabby Petito, I’m a victim of domestic violence: Her murder must be a wake-up call over the epidemic of attacks on women

Like Gabby Petito, I’m a victim of domestic violence: Her murder must be a wake-up call over the epidemic of attacks on women 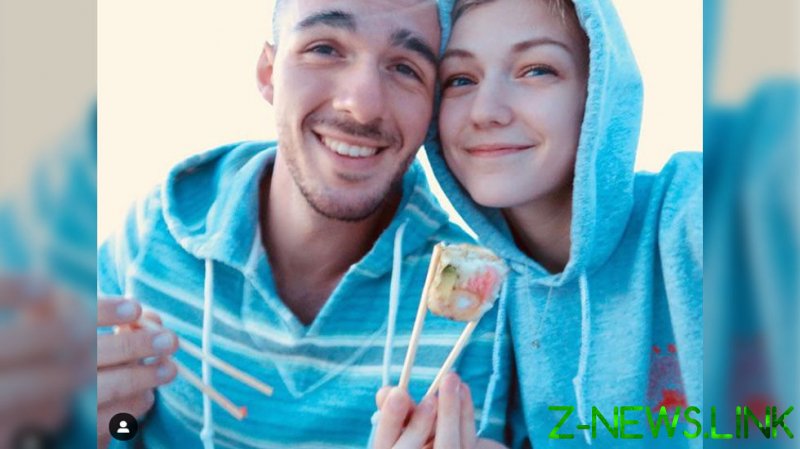 Gabby Petito’s murder, a case that has engrossed America, is shining an overdue light on police response to domestic violence. Intimate partner violence is running rampant in the United States, especially as resources for help have become limited during the pandemic.

The young victim was killed after going on a road trip with her fiancé, one that ended with her murder, her boyfriend on the run from the authorities, and the internet alive with discussions about the botched police response.

The chance for officers to intervene and save Gabby’s life came about a fortnight before she was last seen, when they pulled over the van she and Brian Laundrie were in by a national park in Utah, after witnesses reported seeing a man in the vehicle slapping a woman.

But, during an hour-long intervention recorded on their body cams on August 12, the male officers decided it was Petito who they were going to charge with domestic assault, as Laundrie had some marks on his face and she tearfully admitted scratching him. When a calm, smiling Laundrie called Petito “crazy,” one officer sympathized because he’d had similar problems with his wife. “I know how rough this stuff can be,” he told Laundrie. “Believe me, if I were to say that me and my wife haven’t had our share of spats, I’d be lying to you.”

So while Gabby was hyperventilating, crying and clearly in shock and distress, and blaming herself for the “fighting” – in classic domestic violence victim mode – the 22-year-old is warned about her behavior, but eventually no charge is brought against her.

Just over two weeks later, on August 30, her family received their last text from her phone, and her body was found dumped in woods in the neighboring state of Wyoming on September 19.

Two days after the last text was sent from Gabby’s phone, Laundrie drove back to his parents’ home in Florida and later disappeared, having allegedly used Gabby’s credit card to take out cash.

You would think that the neoliberal set would use this as an opportunity to discuss the country’s epidemic of gender and domestic violence. But no. In fact, one of the biggest hypocrites on women’s issues, MSNBC presenter Joy Reid, chose the day that Gabby’s body was found to label media interest in the case as typical “missing white woman syndrome,” using race as a divisive conversation piece.

I suppose that is why, in 2020, Reid scrubbed all her MeToo tweets when I came forward about Joe Biden because, you know, it’s gotta be “blue no matter who rapes you.”

Yes, you have to stay loyal to the Democrats if you want that big MSNBC gig. So, instead of using her huge platform to discuss domestic violence and the lack of resources devoted to it, or gender violence in general, she chose to minimize the life of a young woman whose family had just been informed of her murder.

I find Reid’s take infuriating because she is virtue signaling and playing the race card over a brutal killing of a young woman, which is something Democrats and their boot-licking sycophants have taken to an art form. Reid may have a point, but she’s a hypocrite – she turns a blind eye if it’s a Democrat doing the harm. Who she used as a talking point was someone’s sister, someone’s daughter, who was horribly murdered, with no justice yet received.

Following Reid’s intervention, a news anchor from a local California channel was suspended indefinitely after seeking to add a tag line about “missing white woman syndrome.”

The presenter wanted to bring attention to the lack of coverage of missing indigenous and black people in the media. But the phrase offers a divisive approach, rather than collaborating to educate the public on the horrific statistics of missing people in America, almost all of whom, white or black, are ignored.

The opportunity to discuss domestic violence in America was lost in divisive rhetoric that does not help or heal. The only white privilege on show here was with Laundrie, who despite witnesses saying they saw him hitting Gabby, was let go by the police.

As a survivor of domestic violence, a former expert witness, and a victim advocate, this demonstrates a lack of police training that is shocking in the 21st century. In the many years I spent in the field, including giving training to police departments, one of the things I tried to drum into officers is that female victims will minimize the violence, blame themselves, and deny that their abuser harmed them.

Gabby was clearly frightened and confused, for good reason. At her memorial, her stepfather and mother spoke of their hope that her case will have meaning by establishing a foundation in her name to help other families of missing adults and children.

What makes this tragedy somewhat unusual is the abundance of evidence. Gabby had documented her road trip with her fiancé, sharing news and photos with her 250,000 followers on social media, and we have the recordings the police made with their body cams. The twists and foul-ups by those law enforcement officers are there for the world to see online – this was a tragic, textbook example of how not to handle domestic violence cases. In America, it seems our law and order and political system works in one way, to help the perpetrators.

Reid is right that not enough media attention is given to missing persons and domestic violence cases in general, and in particular to missing indigenous and black women and children.

America seems to take it for granted that gender violence, sexual assault, human trafficking and domestic violence is part of life here.

According to a study, 466 indigenous women have gone missing in Wyoming, the state where Gabby’s body was found, in the past decade. The group, Disarm Domestic Violence, has calculated that more than 137,000 Wyoming residents have experienced domestic violence in their lifetime.

It’s a similar story all over America. According to the National Coalition Against Domestic Violence, one in four women in America will experience intimate partner violence. Homicide is a leading cause of death for American women under 40 years old, often carried out by male partners.

Gabby Petito’s life was brief but may provide some focus on a topic ignored by the media. The moment I watched her cry into the body cam was heart wrenching, because I could immediately see from her demeanor that she was in shock and terrified. She was minimizing and apologizing like victims do in these situations, and was obviously very reluctant to report anything, while the officer was condescending and almost mocking towards her. Later, the same officers shook Laundrie’s hand and gave him a lift to a local hotel.

With these Neanderthal responses still to the fore among too many male officers, it is not surprising women are reluctant to report domestic violence. There are many barriers, including the biggest ones – fear of being further harmed or killed, and fear of not being believed. The risk to tell and not be believed and then to have to go back to their abuser is the stark reality most women face.

When I came forward about Joe Biden, major media outlets posted my name change that I received through a domestic violence program, as if I had done something nefarious, and tried to shame me. Meanwhile, the court documents clearly discussed the reasons I needed safety from the man who beat me almost to death and harmed our daughter, and who lost his parental rights. My daughter and I could have also been another death statistic, but thanks to some enlightened law enforcement officials and women’s program coordination, we were able to be safe.

One of my conflicted feelings about Biden is that he authored the 1994 Violence Against Women Act. For many years, I thought this was great legislation, until states began using the money allocated to them under this act for other things.

I believe the right approach to intimate partner violence needs to be more holistic, with wrap-around community service working alongside well-trained police.

As America discusses these high-profile cases, it is an opportunity to educate and find ways to discuss these important and difficult topics without creating divisions across race or class. One thing I know is that domestic violence crosses all socio-economic and racial lines. Domestic violence, like sexual assault, is an equal opportunity offender.