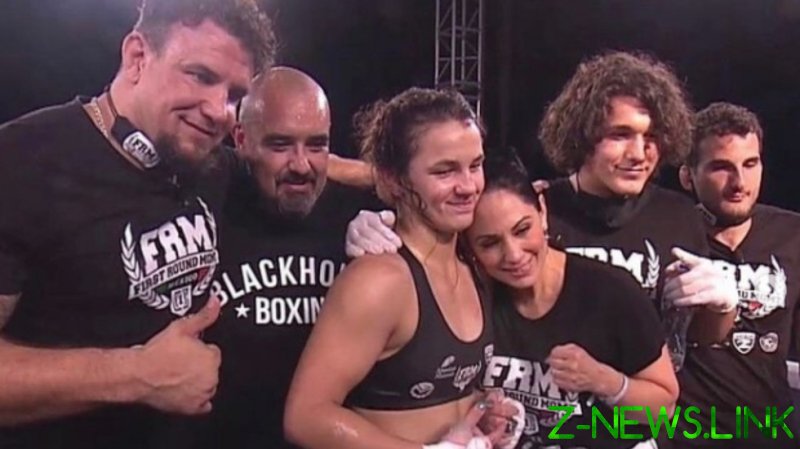 Seventeen-year-old Mir, whose father is known for being one of the sport’s most successful submission specialists, much took a page from her dad’s book as she needed just two minutes to sink in a rear-naked choke to submit Alma Cespedes in what was just her second professional bout at iKON FF 4 in San Carlos, Mexico.

Mir – who goes by the moniker “Lady” – is now 2-0 in her burgeoning career thus far and comes after she won a unanimous decision in her debut fight in October against Danielle Wynn.

Much like her father, Bella is known for her dangerous grappling skills and begins her career on the back of an outstanding high school wrestling run at Bishop Gorman High School in Las Vegas.

Frank Mir, who was in his daughter’s corner for both of her professional fights to date, told MMA Fighting in October that he began to realize his daughter’s potential many years ago when he saw the transformative success that ex-UFC champ Ronda Rousey had in the cage.

“I officially knew I wanted to do it when I saw Ronda fighting and I saw her dominating in the sport,” Mir said at the time.

“That just kind of motivated me. If I see another girl do it, I have to do it and I want to do it better.”