Home / WORLD / ‘Like being in prison’: The grim reality of what you can expect from a stay in hotel quarantine

‘Like being in prison’: The grim reality of what you can expect from a stay in hotel quarantine 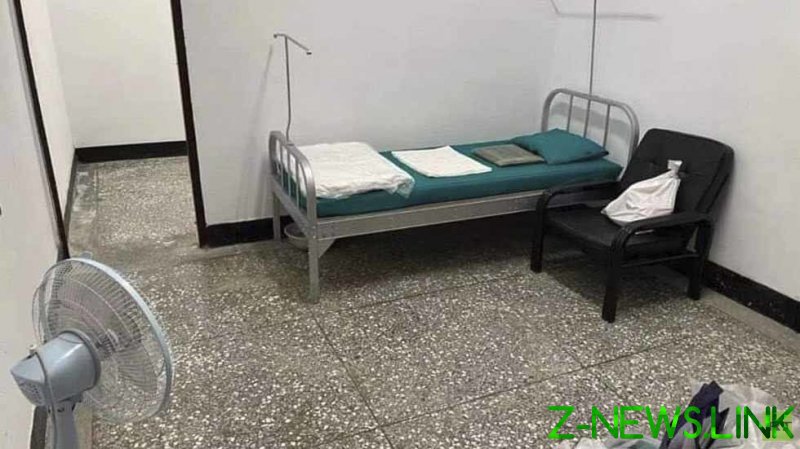 Boris Johnson has confirmed that hotel quarantining will begin in the UK from Monday. Anyone – including British citizens – traveling from 30 ‘red-list’ countries will be transported from the airport they arrive at and expected to stay under supervision for up to 10 days.

A host of other governments implemented the policy many months ago to try and stop the spread of Covid-19. And now it seems more could follow suit, as the virus continues to proliferate and more variants are discovered.

The result will be that in the short term at least, foreign travel will become extremely expensive, time-consuming and unappealing. But if you do decide to take the plunge, what can you expect if you have to quarantine? RT spoke to three people who have endured the experience to find out what it’s like being cooped up in a hotel room all day, every day.

British architect Charlie is on the final day of a 14-day quarantine in Taiwan and compares the experience to being “in prison.” He asked for his full name not to be used as some people have received death threats for speaking out about conditions inside the Asian country, which has generally been lauded for the way it has handled the health crisis.

Charlie lives in Taiwan and flew back to the UK to be with his family for Christmas, as he hadn’t seen them for over a year. On his return – along with his wife – he was assigned a hotel for free. The rules have since changed and arrivals are charged around £50 per day.

He said, “We arrived at the airport in Taipei and were shepherded off to fill in some forms, then informed that we would be being transported by bus to a city roughly one-and-a-half hours away in the central region of the country.

“There were seven of us in total. We actually got lucky that we are staying in a hotel. Some other arrivals got taken to unused military camps, and the state of those places is a bit depressing.”

Charlie has heard from some in the camps and they complain of it being extremely cold at night. There are no heaters in their rooms, and they have only been issued with thin blankets. Even though his conditions have been luxurious in comparison, Charlie has been unable to get any fresh air for the duration of his stay. His windows don’t open and the balcony in his room is inaccessible, as the authorities have jammed the door shut.

He continued, “No amount of negotiation would persuade them to open it. I spent a couple of hours trying to pick the lock so I could get some fresh air, but that was a bit too ambitious.

“The rest of my time has been spent playing Football Manager. The best thing anyone can do though is stick to a routine and avoid lying in bed all day. I quickly learnt how important it was to get up at breakfast time and stay up all day until an arbitrary bed time – I use 10pm. Even though I’m sat at a desk all day with a sore neck and back from a rigid chair, at least I can sleep OK at night.”

Adding to his frustration, the food has been a massive disappointment. There is little variety, and the Taiwanese Center for Disease Control has banned any deliveries, so Charlie is unable to order his own meals.

He said, “It seems as though they have started to penny pinch as lunch and dinner are what is called a lunchbox. It’s a partitioned box with rice, a type of meat, some veg, and then some random unknown terrifying looking foods. It’s incredibly oily. You get this twice a day, every day. I can’t eat rice, so they substitute the rice for a Pot Noodle.”

Charlie admits to finding the process gruelling, but adds, “I wouldn’t say I feel depressed. I’m fortunate in that my wife is also quarantined here as well [in a separate room] and we can video call, so you are sharing the terrible experience with someone else.

“I would be really concerned for anyone doing quarantine like this on their own though. No one on the outside knows quite what it is like, I certainly didn’t.” 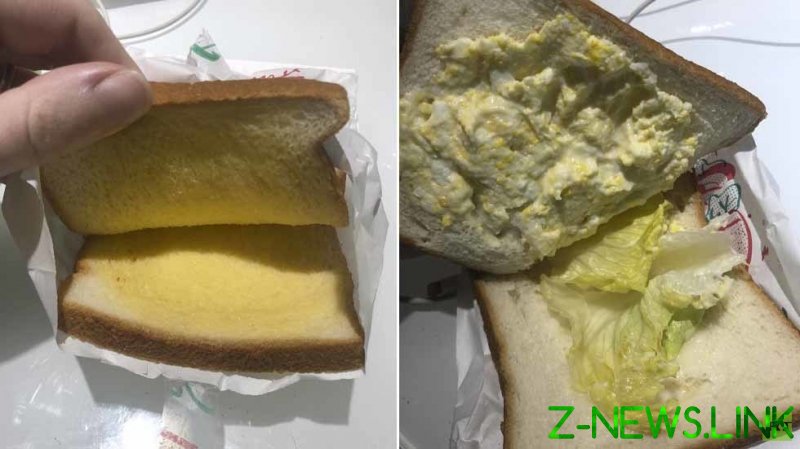 And now he’s experienced the process first-hand, Charlie is adamant that he will never undergo it again. He stressed, “Not a chance. I won’t be flying anywhere until there is no chance of quarantine.”

Someone who’s had a slightly more pleasant experience is cross-cultural consultant and author Tanya Crossman. She has just completed a two-week quarantine in Sydney’s five-star Sheraton Grand, spending a lot of time binge-watching Netflix.

Her room was on the 12th floor, but Tanya said, “I could not leave the room at all. I didn’t even have a key to the room, I had no balcony and no windows that opened. I sat in one room by myself with no fresh air and no direct sunlight for two full weeks.”

Tanya was responsible for the cost, which is AU$3,000 for a single adult, but she added: “You get absolutely no say in what hotel. The state government booked out several hotels and on arrival you’re taken by bus to whatever is available.”

Food was provided but deliveries were allowed in Sydney. Tanya’s friends dropped off care packages and she was able to use Uber Eats too. Although she couldn’t meet her friends, they found a small strip of pavement than Tanya could see from her window, and waved at each other.

Keeping busy was key to passing the time. Tanya said, “I had lots of work calls and meetings, some of which I deliberately scheduled in such a way that it would give me something concrete to do each day. I also spent lots of time on video calls with my young niece and nephews.”

To get some basic exercise, Tanya walked around her room during phone calls and had also packed a yoga mat, so was able to use that. But she struggled mentally, despite having support, and is worried that others may not be so robust, and may be severely affected by being alone in a room for days on end.

She explained: “Depression and anxiety were definitely an issue. Not all the time, and some days were harder than others, but being alone in one room for so long was really rough. Waking up in the morning was the hardest for me. To look around the room and realise I’d be here alone inside these walls for the entire day.

“The state government provided regular phone check-ins with psychologists, and 24-hour access to a mental health team on site. But I did often wonder if I, as an introvert quite accustomed to enjoying alone time, struggled this much, what must it be like for extroverts to go through this?”

Dr. Emily Furlong spoke to RT on the final day of her two-week quarantine in Perth. The Australian moved home after completing postdoctoral research at Oxford University’s School of Pathology. She was assigned a hotel by the government but had to cover the cost.

Emily said, “It is AU$120 per day and AU$60 per day for meals for each person in the room, so all up I will have to pay AU$2,520 within 30 days of leaving quarantine. There are payment plans available and those experiencing financial hardship can apply for a full or partial fee waiver.”

As with the others, she was unable to leave the room or open a window, and she found a daily routine helped her deal with the tedium. She explained, “I set myself some work tasks to be completed during quarantine, but I also had some fun activities to do, including a jigsaw puzzle and games on my phone.

“For me, it has really helped to have a daily routine. I wake up, go to bed and eat meals at roughly the same time each day. I have been doing a yoga class in the afternoon and then I talk to people and watch a bit of TV in the evenings.”

Meal times were very organised in her hotel. Staff would come three times a day and knock on her door, Emily then had to acknowledge them before waiting 20 seconds for the staff to clear the area before opening the door. She said, “For each meal, I have a choice between two options and every day I get a call from the hotel staff to confirm my order for the following day.”

For Emily, the major issue has been the time she has had to sacrifice. She’d be prepared to quarantine again, though… but only if she was visiting somewhere for three months or more.

She concluded, “Australia has had a low number of Covid-19 cases relative to other countries and a main reason for that is the border closures and enforced hotel quarantine for international arrivals. I was more than happy to quarantine to ensure the safety of the Australian community, including my friends and family.

“I haven’t felt depressed or anxious while in hotel quarantine, and for me the time has passed quite quickly. We are called by medical staff once every few days, who check in with how we are going, so there is support available for those who are struggling.”

While most of those stuck in hotels are people traveling for business or to visit relatives, Bill, from Maryland in the US, is currently in quarantine because he had to visit the Thai city of Pattaya for medical reasons.

He is there for the pain management and Thai physical therapy, due to a series of previous spinal surgeries. Even though the treatment works wonders for him, the mental impact of quarantine almost saw him ask to be repatriated.

Police officer Bill arrived on January 15 and spoke to RT on the final day of his two-week stay, which cost 37,000 Baht (US$1,250). He said, “My first room had a balcony that faced another empty hotel and no people. “However, it got no sun and depression hit me from day one; it was the lack of sun and human interaction.

“The hotel moved me to a smaller room with two single beds, but a balcony with sun and it was facing a road, so I could see people walking and hear birds singing. If not for my friend bringing me things and if not for the room change, I would have asked the Thai government to let me return to the US early.”

The rules Bill had to abide by meant he was kept in his room, only coming out for Covid-19 tests on days three and 10. They were both negative so on day 12, he was allowed to spend time walking or sitting outside in designated zones. Even so, he would not endure the process again. He said, “I would not take a pleasure trip if I had to quarantine like I do here, the pleasure is not worth the pain and the added expense.”