Home / WORLD / Like Afghanistan, Russia’s almost-finished Nord Stream 2 gas pipeline shows that the US can no longer bend the world to its will

Like Afghanistan, Russia’s almost-finished Nord Stream 2 gas pipeline shows that the US can no longer bend the world to its will 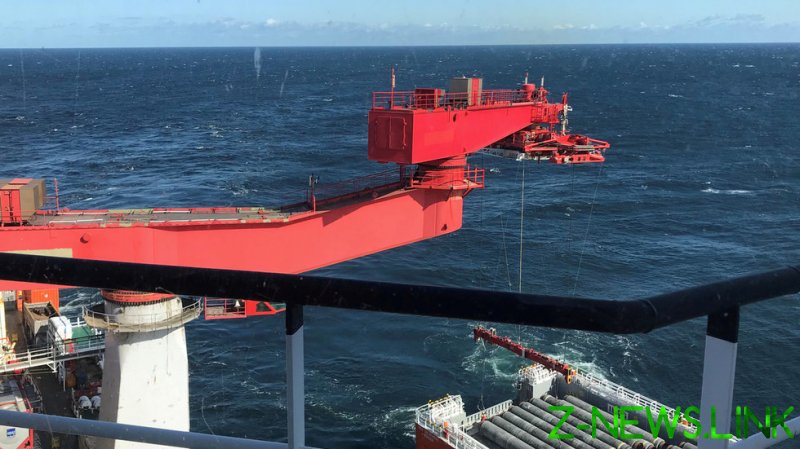 According to Cruz, speaking at an event hosted by the pro-NATO lobby group the Atlantic Council, American sanctions would sink the project. US Deputy Assistant Secretary of State Christopher Robinson backed him up, insisting he was confident it would never be completed.

That confidence must have been chipped away in recent weeks, now that the underwater gas link between Russia and Germany is entering its final stages. The first of the two parallel lines was completed in June and, on Monday, the company in charge of the construction announced that the pipelaying ship Fortuna had completed welding the final section of pipe of the second. All that now remains is to lay it on the seabed and link the coastal section of pipe coming from Germany with the deep-water section in the Baltic Sea. The job will then be done.

In short, it shouldn’t be long before Nord Stream 2 is up and running. Given that the United States has spent the best part of a decade attempting to prevent this, this outcome is something of a humiliation for the Americans. Coming after Washington’s ignominious withdrawal from Afghanistan, it’s a sign of the US’s declining ability to bend the world to its will.

The idea of building Nord Stream 2 arose as a means of providing Germany with a secure supply of natural gas. For environmental reasons, Berlin has been eliminating its capacity to generate electricity using coal and nuclear power. To replace these sources, it needs natural gas. European production of the fuel, however, is falling, as reserves in the North Sea are being depleted. Germany therefore needed to look elsewhere for supplies.

Russia was the obvious choice. The two countries are relatively close to one another and already connected by a pipeline: Nord Stream 1. Russian gas is also cheaper than that brought in by ship in the form of liquified natural gas (LNG) from countries such as the US. Building a second Nord Stream pipeline made sense both from a German perspective and a Russian one, as it guaranteed Moscow a market for its product.

In 2015, the Russian gas company Gazprom and various other European partners, such as Royal Dutch Shell, signed an agreement to build Nord Stream 2. Work began in 2018. Right from the start, however, the project ran into resistance from other countries.

Ukraine has been the loudest opponent of the new pipeline. At present, Gazprom sends gas to Western Europe via an old Soviet overground pipeline passing through that nation, and reportedly pays the Ukrainian government $3 billion a year for the pleasure. Kiev fears that, once Nord Stream 2 is operational, Gazprom will stop sending gas via Ukraine, so depriving it of much-needed funds.

Cutting out the Ukrainian middleman could be seen as in the broader European interest. Not only will it reduce costs, but it will prevent a repetition of past Russian-Ukrainian disputes that have led to Gazprom temporarily cutting off the supply of gas to Kiev, resulting in a disruption to deliveries across the continent.

Not everyone sees it that way, however. The EU has been attempting to diversify its sources of natural gas to avoid over-dependency on a single supplier. Opponents of Nord Stream 2 argue that the project undermines this policy, increasing the continent’s dependency on Russia, with potentially negative consequences if Moscow decides one day to hike its prices or turn off the taps.

The Baltic States and Poland have been particularly vociferous in making this case. In their eyes, Nord Stream 2 is a tool of Russian imperialism – a means by which Moscow can blackmail EU states by threatening to withhold the supply of energy. For this reason, they have argued it must be stopped.

Under former President Donald Trump, the United States took this cause up with gusto. To stop Nord Stream 2, the Trump administration enacted a series of sanctions that threatened reprisals against any company that participated in the project. In doing so, the US pursued its own financial interests. Cynics believe the Americans’ actions had less to do with European energy security or Ukraine and more to do with removing an economic competitor: for if Europeans can’t buy Russian gas, they will have to purchase American LNG instead.

The EU, meanwhile, has been unsure which way to turn. On the one hand, its most important member, Germany, insisted the pipeline be built. On the other, there were members insisting exactly the opposite. Brussels ended up compromising. It hasn’t blocked Nord Stream 2, but it has demanded it comply with EU rules that require the production and delivery of gas to be undertaken by different companies. As Gazprom is currently responsible for both, Nord Stream 2 will have to restructure itself to conform with EU regulations. But while this is an irritation, it shouldn’t stop the endeavour from being profitable.

The problem that Nord Stream 2’s opponents had was that their arguments against it were not very convincing. It doesn’t make a lot of sense, for instance, to claim the pipeline makes Europe vulnerable to Russian blackmail. Given how much money Russia is making, it’s not in its interests to turn off the supply. The commercial relationship gives Western Europe as much leverage over Russia as it gives Russia leverage over the rest of the continent.

Likewise, the idea that the pipeline poses a serious threat to Ukraine greatly exaggerates Nord Stream 2’s importance. At the very worst, Ukraine will lose some money, but Ukraine isn’t going to collapse because of it. Beyond that, there’s absolutely no reason why Germans and other Europeans should harm themselves to prop up Ukraine.

In the end, then, the reason Nord Stream 2 is about to go online is very simple: the economic case in favour of it was strong, while the political case against it was weak. This may not always be so. In other matters, the reverse may hold true. One should therefore avoid drawing sweeping conclusions from Nord Stream 2’s completion. It can hardly be said to constitute a turning point in Russian-Western relations.

Nevertheless, once the gas starts flowing, there will undoubtedly be smiles in Moscow and much gnashing of teeth in Washington and Kiev.