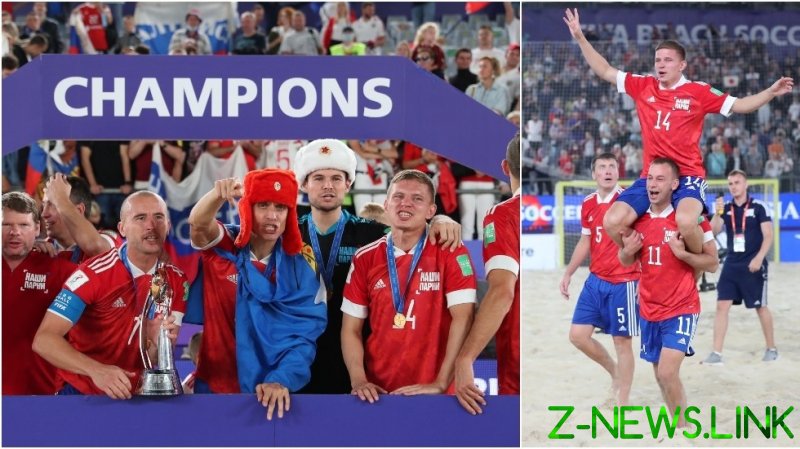 The Russian team – playing under the banner of the Russian Football Union (RFU) due to ongoing WADA sanctions – delighted the home crowd at a specially-constructed venue at Luzhniki Stadium on Sunday by clinching the title by beating Japan.

Goals from Artur Paporotnyi, Fedor Zemskov, Andrei Novikov, and a double from Yury Krasheninnikov were enough to give the hosts a 5-2 win against the Japanese, who were appearing in a first ever final.

For Russian manager Mikhail Likhachev it was a third triumph in the biennial tournament, adding to the titles his teams claimed with wins against Spain in Tahiti in 2013 and Brazil in the 2011 edition in Italy.

In Moscow on Sunday, FIFA president Gianni Infantino was on hand to present the trophy to the ecstatic Russian players as golden confetti filled the air amid wild scenes among fans in the stands.

In the third-placed playoff earlier in the day, Switzerland overcame the disappointment of their semi-final penalty shootout defeat to the Russian team by beating Senegal 9-7 in an entertaining game.

RFU boss Alexander Dyukov praised the Russian victory, saying: “We need to strive to ensure that we have success in all types of football, and we will work on this.

“Today’s success is the result of a very serious work of the coaching staff, and the guys have shown themselves to be real fighters.” 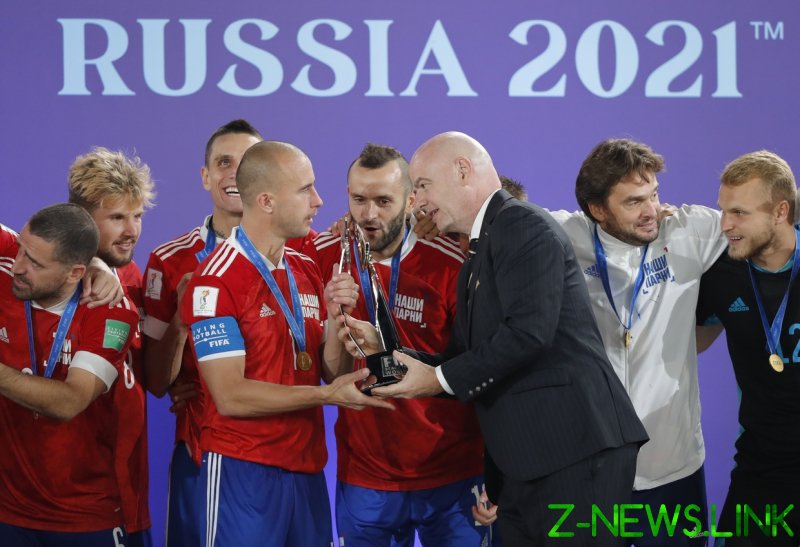 FIFA boss Infantino presented the title to the winners. © Reuters

FIFA boss Infantino meanwhile hailed this year’s tournament in Moscow as “the best ever” edition of the event, which has been held under FIFA auspices since 2005.