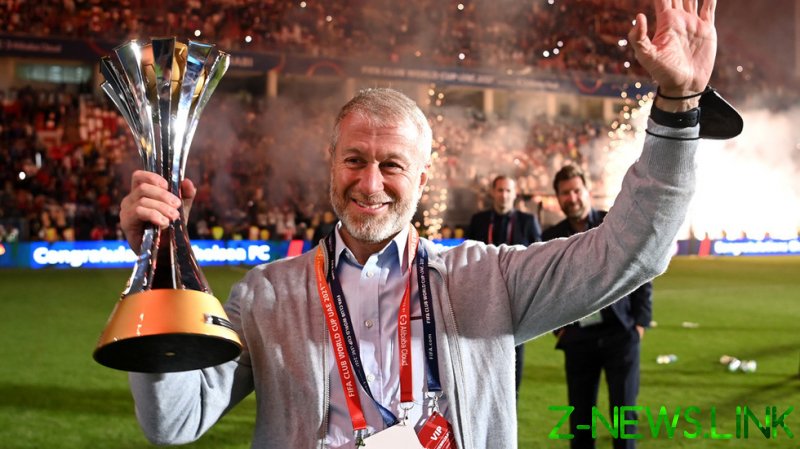 Premier League giants Chelsea could be entering an era of uncertainty as they move on from Roman Abramovich’s near two-decade tenure at the club, as they look set to become the latest English football team to become the plaything of a big-money American consortium.

The onset of the military operation in Ukraine in late February has ultimately forced Abramovich’s hand in placing the London club on the open market; a move which some believe could threaten Chelsea’s very existence as an elite European team.

Now, with US businessman and part-owner of the baseball franchise the Los Angeles Dodgers, Todd Boehly, reportedly on the verge of completing a multibillion-pound takeover along with private equity group Clearlake Capital, Chelsea – and their fans – must adapt to an entirely new status quo in West London.

When Abramovich first sealed the deal to buy Chelsea in 2003, it signaled a changing of the guard in English football, the first stages of which were met with a spending spree which uprooted the old guard as the ‘Roman Army’ elbowed their way in to the top table of English and European football. 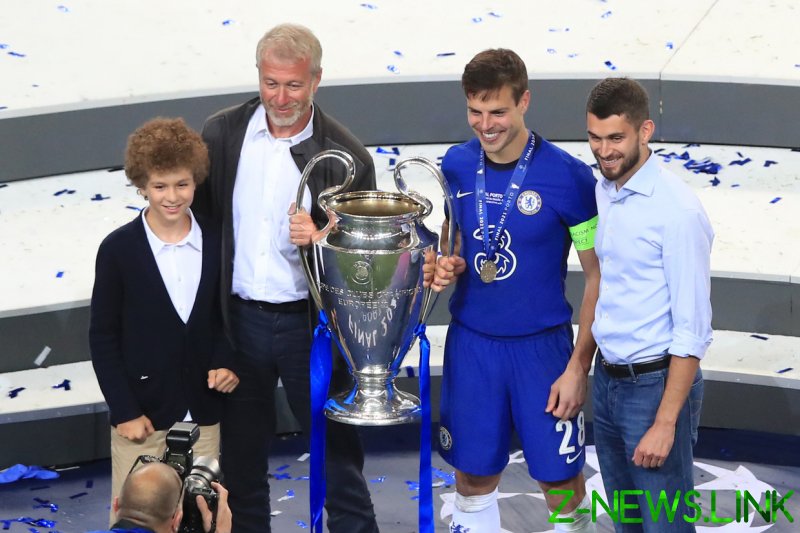 It was a sound investment. Over the years, Chelsea would claim five Premier League titles, two Champions Leagues and a host of trophies on their way to becoming, from a silverware perspective at least, the most successful English team so far this century.

In Abramovich’s own words, the Chelsea project was more of a passion than a business.

“This has never been about business nor money for me, but about pure passion for the game and Club,” he said in early March when announcing the sale of the club, confirming what appears to be deep-felt feelings for Chelsea.

It’s true that Abramovich has been something of a distant figure in recent seasons; but this was the by product of visa issues rather than a break-up, as evidenced by his giddy celebrations with the team on the pitch after their Champions League triumph against Manchester City last year in Porto, and following the Club World Cup success in Abu Dhabi in February.

But what happens if this carefree spending winds down and the checkbook slams shut?

This is the position that Chelsea may now find themselves under their new owners. Boehly, if indeed he is the chosen one to lead Chelsea into their new dawn, seems unlikely to have the same type of spending philosophy of the man whom he replaces at the helm.

Abramovich, estimates suggest, is owed around £1.6 billion ($2 billion) from his prior loans to the club – with that sum now the subject of fierce debate as to how, or if, it will be repaid given the nature of the financial sanctions placed upon him by the UK government. Abramovich, for his part, has maintained that he does not intend to recoup any money owed, and that considerable finances from the sale of Chelsea should be funneled into a charitable foundation to aid victims of the military operation in Ukraine. 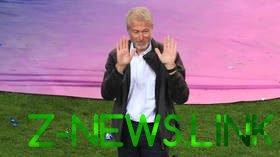 The chief factor that Chelsea and their legions of supporters must get used to is that the changing of the guard in West London will surely bring with it a significant change to the club’s spending strategies.

First, the principle of Financial Fair Play (FFP) will still have to be adhered to (though Chelsea have followed these rules since they were implemented, and they look set to be altered in coming seasons anyway). Big-money deals to sign the likes of Romelu Lukaku and Kai Havertz may well be few and far between in Chelsea’s immediate future – though in the case of Lukaku, perhaps that’s not a bad thing.

It is perhaps also worth noting that those signings, and particularly that of Lukaku, came about after a pandemic-mandated loosening of FFP rules, and after Chelsea had a previous transfer embargo lifted in a case involving the signing of youth players.

But one way or another, the days of splashing money without regard are likely to come to an end.

Chelsea’s incomings will increasingly be tied to their outgoings. While the club has operated a successful transfer policy in recent seasons and has generated significant cash in selling prospects from their world-class youth academy in Cobham, their Stamford Bridge stadium remains something which separates them from the rest of the European elite.

Its capacity of just shy of 42,000 simply cannot generate the type of match-day revenue to fund big transfers and stay within the lines of the FFP regulations.

Chief among Boehly’s initial tasks will be to oversee a redevelopment of Stamford Bridge, or even lead the hunt for a new site to build a state-of-the-art new stadium like the project undertaken by their rivals Tottenham.

But any such plans will be mired in headaches, as well as being an extreme drain of financial resources. There is also the issue of the Chelsea Pitch Owners group; a non-profit organization who retain sign-off rights to any plans to develop the stadium. Current rules state that if they don’t agree to plans to move to a new stadium, Chelsea can’t be called Chelsea anymore – something which would be a blow to such a recognizable global brand. 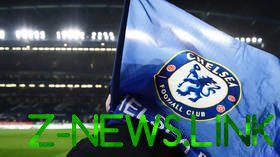 To put it simply, Chelsea face a very uncertain future. American ownership has been a mixed bag so far in the Premier League. The fiercely unpopular Glazer ownership of Manchester United has been blamed for sinking England’s once most dominant team into also-rans.

Interestingly, reports on Friday indicate that talks on Chelsea ownership have been held to ensure a so-called ‘anti-Glazer’ clause aimed at ruling out any similarities to the disastrous ownership of Manchester United.

This would see the new owners forbidden from selling shares for 10 years and agreeing limits to the amount of debt that they can take on; all factors designed to help maintain Chelsea’s financial viability once Abramovich is no longer connected to the club.

Liverpool, on the other hand, owned by the Fenway Sports Group and in part by Boston Red Sox co-owner John Henry, have used their experience in building and fortifying sports franchises to assert a new chapter in the famous club’s history, and reasserted them as arguably the top club in the Premier League (with respect to Manchester City).

Boehly has garnered a reputation throughout his ownership of the Los Angeles Dodgers as being someone who is unafraid of investment and also someone who has made canny sporting decisions – something which it is hoped will be mirrored at Chelsea, even if he won’t quite open the blank checkbook that Abramovich often did. 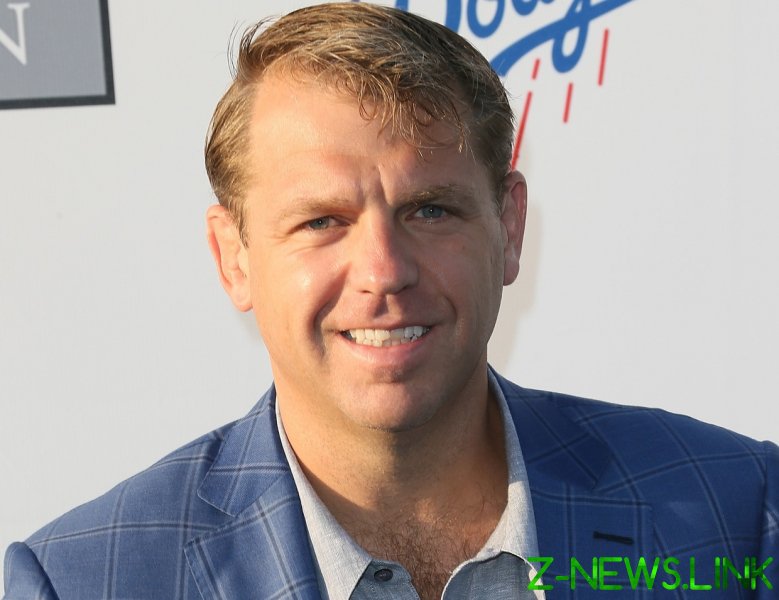 Boehly is poised to take over at the Bridge. © David Livingston / Getty Images

If Chelsea fans are looking for some indicators as to what a Boehly ownership might looks like, though, they will be heartened by learning that his Dodgers team currently have the joint-fourth highest wage bill in all of sport – level with Manchester United.

“When you start to think about what you’re trying to build with these teams, you want to A) win and B) be part of a wider community,” he said previously, via Sporf.

“If you look at what the Premier League offers, it is all those. It has the highest quality play, the best players.

“You also have a media market that you know is just really developed,” he said. “One of the great things the Premier League has is that it is on Saturday mornings in America, so you have an uncongested time slot that is now dominated by the Premier League.

“Kids nowadays know what’s the best. The Premier League is the best.” 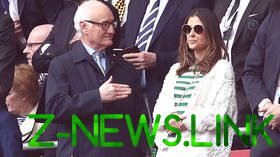 In terms of continuity from the Abramovich era, it is said to be the opinion of the Boehly takeover group that Chelsea transfer guru Marina Granovsakia should stay on – in what would be a sizeable bonus – as well as club chairman Bruce Buck.

So, what will actually change when the keys are handed over? The club’s identity seems like one thing; Chelsea had long been unpopular among rivals since they asserted their stranglehold over English football, but even more so lately given the added scrutiny on Abramovich.

Depending on who you ask, Chelsea – from a footballing standpoint – will either stay the same (the fan perspective), or be cast down a tier (the rival perspective), but the truth is, no one without access to a functional crystal ball has any idea how this will go down – assuming, of course, that the UK government even signs off on the deal.

One thing is for sure, however: Chelsea’s fans will be hoping that they are more Liverpool than Manchester United when all is said and done.