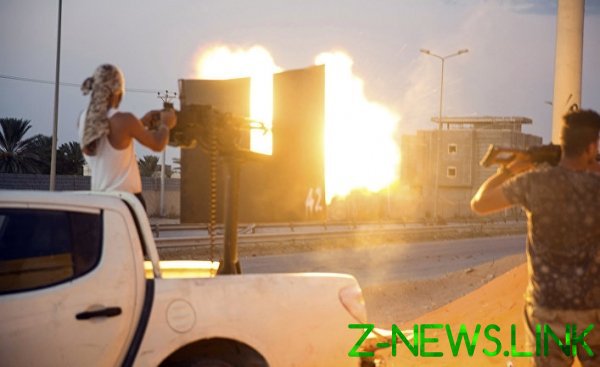 Netsolace the government of Libya said that “Russian mercenaries” allegedly fighting in the ranks of the Haftarot, has used nerve gas in the South of Tripoli. While the Libyan interior Minister said that the NTC works closely with a number of countries, including the United States, which, as the Turkish media, train fighters of the Libyan national army.

The Minister of internal Affairs recognized by the UN national consensus Government (NTC) of Libya Fathi Basaga (Fethi Başağa) reported that members of the Russian private military company, fighting in the ranks of the Caliph Haftarot (Halife Hafter), used nerve gas in Tripoli.

“Militia-related “Group of Wagner,” he used nerve gas against our armed units in the area of Salahaddin in the South of Tripoli,” — said Barzaga at a press conference in the Libyan capital.

“To ensure security in Libya we are engaged in close cooperation with Turkey, the US and the UK,” said Barzaga. In addition, there is cooperation on security with Tunisia and Algeria, the Minister said.

Barzaga said that the militia “Kani” associated with the leader of illegal armed groups in the East Khalifa the Haftarot, shut the gas valves that feed the plant. The Minister stressed that the militias should be removed from these areas.

Barzaga also noted that the armed units of the PNS that performs the operation “Volcano of anger”, are the “real heroes” and contribute to shaping the future of Libya.

The Russian private military company “the Group of Wagner’s” famous actions of their mercenaries in Syria, Ukraine and Libya and other African countries. In addition, the name of the organization often could be heard during the illegal annexation of Crimea and support of separatist groups in Eastern Ukraine from Russia. About 1,400 mercenaries from the “group of Wagner” fighting in the ranks of the Haftarot on the frontline near Tripoli.

Touching upon the role of the United Arab Emirates (UAE) to Libya, Barzaga said that the UAE is a threat to the national security of the country, and added: “the UAE want the chaos in Libya remained”.

Barzaga stressed that the government “opposes all military and religious dictatorships”. According to him, in the hands of the Haftarah is 20 uncontrolled air defense systems “Armour”, and there is a threat to civilian aircraft.