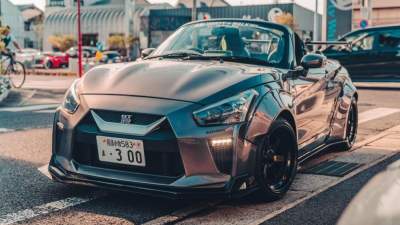 Passion for change of appearance is inherent to mankind for centuries. For the most part, in the female part.

However, the peasants to a certain extent also inherent in the sublimation of feelings, which quite often goes to the most precious thing they have – cars.

We’ve already talked about what the company Liberty Walk has made a great contribution to the new generation of Suzuki Jimny. However, the compact SUV did not stop. To stop the Japanese tuners? Do not tell!

The guys decided that if it went on the kids, then you need to roll out something out of the ordinary. Took the baby Daihatsu Copen and really worked him over grinder. In the end, they managed to make the already original Roadster the exterior of the Nissan GT-R, not only in front, but behind.

Then, deciding not to waste time on trifles, Liberty Walk has added his massive arches and stuck on the trunk of the big wing, that she could find in the warehouse. Chrome. Because Japan. Because Liberty Walk.

There is a suspicion that this Japanese tuners will not stop. Waiting for new, even more striking works. 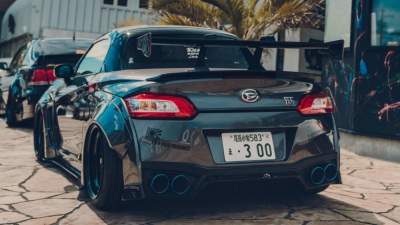