Liberated Ukrainians told about the terrible conditions “in the basement”. Video 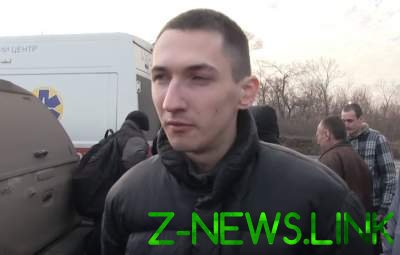 The liberated prisoners told how he was captured and about the terrible conditions “in the basement” and in the prisons ORDO.

“I am from Luhansk, “MGB LNR” took us on 16 October 2016, and since I’m a good friend of mine are the ultras, began to sew terrorism, as well as any bad. And hyped to the point that I gave 17 years of strict regime, and Artem 13 years.

Vladislav is in a good mood reported on their plans for the future.

“I plan to rest, recover. I have friends in Kiev, friends. Ichthyologist was (joking – ed). Previously, he worked as a cook, it’s all good”, – said the released ultras.

The number of released Sergey, the employee of Lugansk airport. And military APU who plans to continue service in the Ukrainian army by contract.