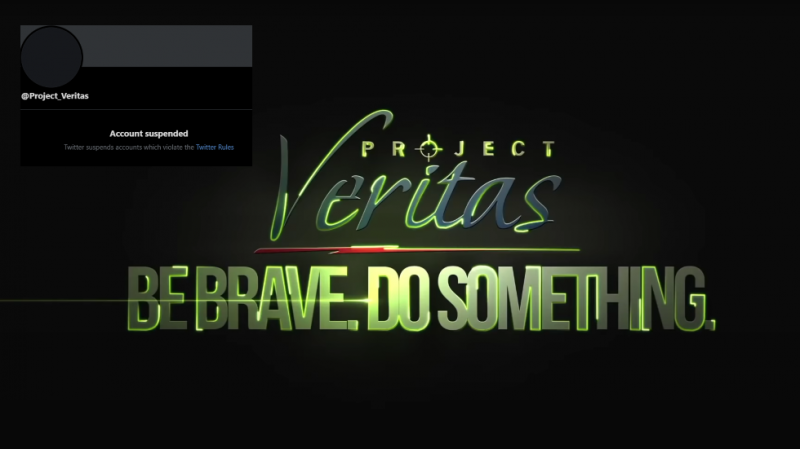 Twitter suspended Project Veritas on Thursday evening, hours after it locked the conservative organization’s account and the account of its founder, James O’Keefe. Screenshots posted by O’Keefe suggest the initial lockout came in response to the tweet containing a video in which Project Veritas journalist Christian Hartsock confronted Facebook’s VP of Integrity, Guy Rosen, apparently outside Rosen’s house.

Hartsock was asking Rosen to comment on leaked footage in which Rosen appears to state that Facebook has “a system that is able to freeze commenting” where “there may be a thread that has hate speech or violence, sort of in the comments.” When confronted, Rosen refused to comment and entered the house.

Rosen’s house number, though not his full address, is briefly visible in the minute-long video clip.

However, conservatives condemned the ban, accusing Twitter of censorship. “Was only a matter of time before doing real journalism would become illegal here,” Blaze TV’s Elijah Schaffer tweeted.

Project Veritas uses hidden-camera footage and leaked video to reveal liberal bias in media and tech. Opponents have accused the organization of deceptively editing this footage to make the targets of its stings look worse, and O’Keefe has been locked out of Twitter before, though he claimed on at least one occasion to be the victim of politically-motivated censorship.

The Rosen video is part of a series on Facebook in which leaked footage also shows CEO Mark Zuckerberg admitting that his company has “too much power,” but will use this power to “work together” with the Biden administration “on some of their top priorities.”