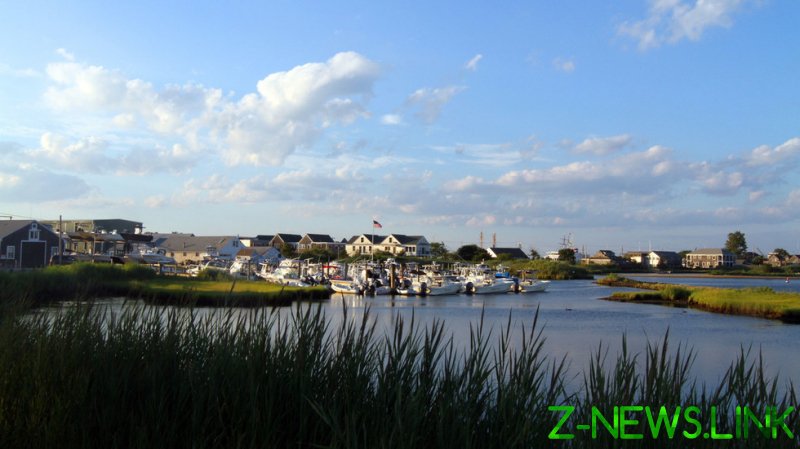 The original guest list for the weekend getaway allegedly included some 475 people, but a number of celebrities and former Obama administration officials were disinvited after the feast was slammed as hypocritical and dangerous amid the ongoing surge of the Covid-19 Delta variant.

The downsized event was supposedly limited to only the closest friends and family, ‘most’ of whom were expected to be vaccinated, while a special Covid-coordinator had been hired to ensure the party doesn’t turn into a super-spreader event.

However, aerial photos showing a huge tent on the lawn of Obama’s $12 million Martha’s Vineyard estate raised many questions about the party’s actual size, even though the organizers claimed those preparations were made for the original, larger celebration.

VIP guests also faced accusations of hypocrisy for seemingly not wearing masks, according to blurry shots taken by paparazzi. The organizers fended off this criticism, arguing that most of the party was held outside or inside the tent, and thus was technically an outdoor event.

“The liberal elites are laughing at us, attempting to sell this as a ‘scaled-back party,’” Representative Elise Stefanik told the New York Post.

The supposedly downsized private get-together still resembled a Hollywood gala, with such A-listers as Beyonce, Jay-Z, John Legend, Chrissy Teigen, George Clooney, Steven Spielberg, Bruce Springsteen, Stephen Colbert and others allegedly spotted by paparazzi on the island. The Daily Mail claimed that Grammy Award-winning singer and composer Alicia Keys was set to perform Happy Birthday for the former president, who turned 60 on August 4.

Some of these celebrities may have arrived on the island spontaneously, despite having been crossed off the list, the New York Times argued. House Speaker Nancy Pelosi said she was there for a completely separate event on Sunday.

Former secretary of state John Kerry, who is now serving as Joe Biden’s climate czar, faced criticism for allegedly arriving at the party on his private jet. A State Department official, however, denied these reports, explaining that Kerry just happens to live on the secluded island, traveled there by ferry, and was not attending Obama’s party at all.

Martha’s Vineyard is an island south of Cape Cod in Massachusetts. It’s not directly in what the CDC recognizes as a high-risk area (it’s classed as ‘moderate’ risk), but nearby Provincetown has seen an uptick in cases and became the center of a study that was reportedly behind the CDC’s recent reversal on masks.