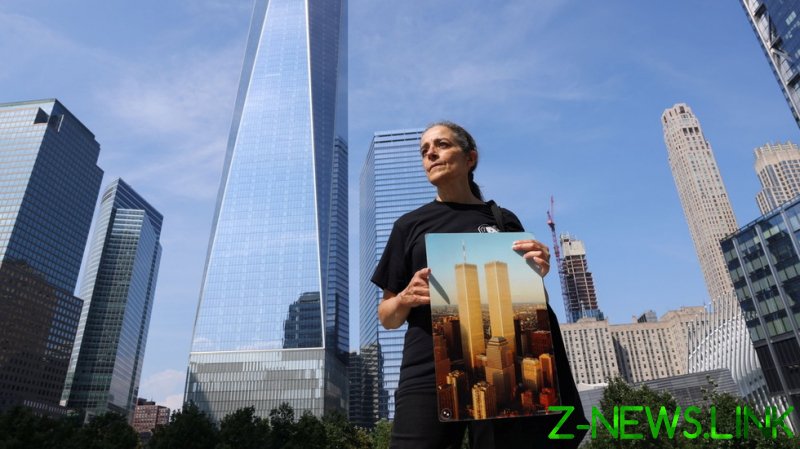 Those of us around at the time clearly remember the events of 20 years ago, watching on TV in open-mouthed disbelief as two huge aircraft slammed into the twin towers of the World Trade Center in New York, a third slammed into the Pentagon just outside Washington DC and a fourth crashed in a field in Shanksville, Pennsylvania on September 11, 2001.

When the billowing clouds of dust and rubble finally settled, almost 3,000 people were dead in the attacks carried out by 19 militants in the name of the Islamic extremist group Al Qaeda.

The events of 9/11 signalled the start of the War on Terror, an ultimate failure that has just seen the abject retreat from Afghanistan of the US-led allies, leaving it in the hands of another bunch of violent Islamist radicals, the Taliban, to do with as they please.

After two decades since that early Tuesday morning, I think we can honestly say that the west has achieved nothing, other than thousands of unnecessary deaths of its own young service men and women sent to fight in unwinnable wars.

We are no closer to building any sort of working relationship with radical Islamists, and not because we don’t want to, but because it is not in their scope to even think of accommodating modern democratic beliefs.

When a ruling thugocracy outlaws music because it’s viewed as un-Islamic then we are clearly a long way from being on the same page.

Al Qaeda may no longer be the threat it once was but that doesn’t matter. As well as the Taliban, there’s ISIS, Boko Haram and Al-Shabaab, murderous, medieval bumpkins the lot of them, quite prepared to behead a few westerners, abduct and kill schoolchildren and stone women to death for daring to go out in public without a chaperone.

Yet still, the bed-wetting liberals of this world wring their hands in multicultural earnestness, insisting that, while they can see that Islamic fundamentalism might be a problem, the threat of right-wing extremism is where the real trouble lies, just look at the figures.

So we have The Guardian – I know, I know – trying to make the point that, since 9/11, more people in the US have died at the hands of right-wing extremists than by the sword of Islamism. It’s a close-run thing, mind you, with 114 deaths attributed to the far right and 107 to Islamist killers. I’ll take it from here: the difference is seven.

The fundamental boneheaded-ness of this claim is that the benchmark date for calculating these grim totals is ‘since 9/11.’ Soooooo, let me get this straight. If we ignore the 3,000 lives lost in just one day back in 2001 as the result of an attack by Islamist extremists, then, in terms of terrorism, the US has since suffered at the hands of a home-made radical right-wing movement more so than at the whim of any supporters of another sort of twisted ideology.

But what about those 3,000 lives? How can they not count? Because ignoring their significance and the impact of those lost lives on everything that has followed is to misinterpret history. And not just US history. Every other nation’s as well.

Because those 3,000 dead were linked to the start of a sustained and gruesome campaign of terror across the globe. The 202 murdered in the Bali bombing and the 170 dead at the Dubrovka Theatre in Moscow in 2002. In 2004, there were 192 killed in the Madrid train bombings, another 68 in an Bagdhad market suicide bomb attack and 304 innocents slaughtered in the Beslan school siege.

Closer to home, in July 2005 London was the target of three separate bomb attacks on the transport system that killed 53 people. Just days later, Mumbai was the scene of carnage on its railway system when a series of blasts left 209 dead.

And since then, there’s been no let-up in the list of Islamist terrorist attacks: a school in Jerusalem, soldier Lee Rigby in London, the Westgate Mall in Nairobi, abducted schoolgirls in Chibok, Nigeria, the Peshawar school massacre in Pakistan, the Charlie Hebdo shootings in Paris, the Sousse beach atack in Tunisia, the Bangkok mosque bombing, Flight 9268 blasted out of the sky en route to Russia, the Bataclan theatre attack, again in Paris, the Brussels metro station nail bombs, a nightbclub shooting in Orlando, Florida, the 19-tonne cargo truck attack on Bastille Day crowds in Nice, and another at a Christmas market in Berlin, a lone gunman’s attack on an Istanbul nightclub, the car driven into pedestrians on Westminster bridge, the Manchester Arena atrocity, the London Bridge attack.

Conversely, of course, there have been far right-inspired massacres. For example, sickos Anders Breivik in Norway and Brenton Tarrant in New Zealand both carried out evil attacks with chilling precision, and the US has certainly faced its own domestic demons.

Yet, without meaning to offend anyone, none of those attacks could really be considered on the same scale as the fear and destruction wrought by the Islamist radicals of the various terrorist groups as they contintue their relentless worldwide campaign to crush the infidels. That’s you and me, in case you wondered.

So if you happen to find yourself in a discussion about the rise of right-wing terrorism, stop for a minute, think of the literally thousands of innocent, regular folk who have lost their lives to Islamist terrorism and give your contribution some perspective.

And if you need a date from which to start your calculations of the numbers of lives lost to the respective extremes, I suggest you take September 10, 2001.