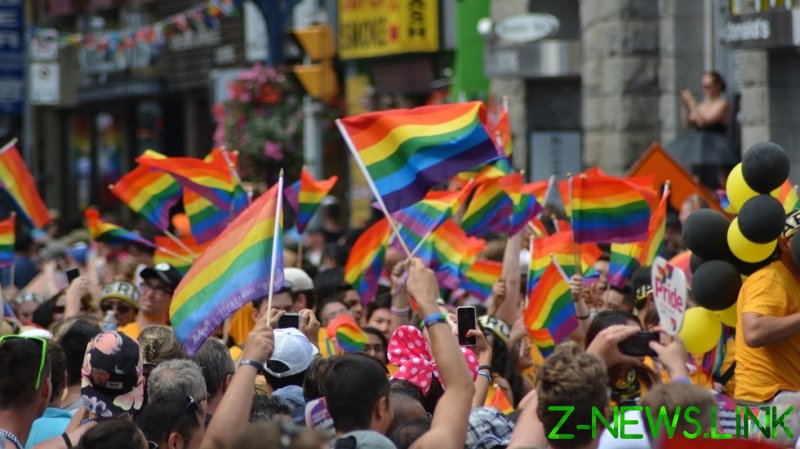 “The BBC is a hostile place to be LGBT at the moment,” one senior staffer, a bisexual woman, told Vice on Thursday, accusing the organisation of “touting transphobic nonsense.”

The employee, who declined to give her name, was one of several to quit in recent months, citing the broadcaster’s treatment of LGBT staffers and its news coverage.

The BBC will be on the wrong side of history and I can’t be here to see it behave so embarrassingly.

Others told Vice they felt “hidden” and “ashamed” while working there, with the most recent departure reportedly happening last week.

The outlet obtained a leaked 90-minute “listening session” held on Monday via Zoom at which some 100 LGBTQ staffers aired their frustrations. A follow-up session is expected with BBC Director-General Tim Davie on Friday.

Some of Monday’s complaints focused on the broadcaster’s decision to drop its partnership with LGBTQ nonprofit Stonewall, which runs a ‘diversity program’ focused on “ensuring all LGBT+ staff are accepted without exception in the workplace.” Clients pay the group a sign-up fee and Stonewall in turn “helps the organisations create more inclusive working environments for LGBTQ employees, such as giving advice on inclusive toilets and changing room facilities.”

Another sticking point was the network’s publication of an article describing some transgender women as rapists. One staffer claimed they knew someone who “walked out the other day over [that] article.”

After staff outcry, the network actually changed the article, removing the contributions of one woman “in light of comments” she had made after it was published – but apparently that was not enough.

“My trans and LGBT friends have lost confidence in the BBC,” complained another employee, making the point that it wasn’t just staffers supposedly fleeing the network in droves. Meanwhile, a nonbinary ex-employee claimed it was “incredibly difficult” to challenge BBC editors on transphobic content.

One gay man “in the process of exiting” the BBC, said it was an “enemy” of the LGBT community. “To appease a certain audience, we’re trying to split apart the LGBT community, and it’s trans people who will pay the price on the streets. Not in my name,” he told Vice.

At the same time, the BBC has been accused by others of “promoting” a transgender agenda. As a public broadcaster funded by taxpayer money, it is supposed to remain politically neutral. A BBC spokesperson told Vice it’s “committed to being an industry-leading employer on LGBTQ+ inclusion.”