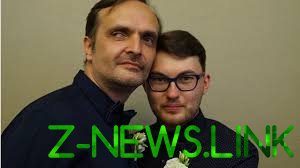 Program Director of “Russian LGBT network” Igor Kochetkov said that he was able to receive a tax deduction for the costs of life insurance your spouse Kirill Fedorov. About this he wrote on his page in Facebook.

At the same time, according to Russian law, all men who are married have the right to return through a tax deduction of 13% of certain expenses incurred in the interests of the spouse. Such expenses include the life insurance.

“To obtain the deduction, you need to fill in a tax return, which I did. The statement made a notarized translation of our us marriage certificate — said Kochetkov. — Inspection FNS conducted a Desk audit of the Declaration and confirmed the amount claimed me tax deduction in full. We took our time to rejoice as the government will not give me a refund. But now the money from FTS fell into my account and be happy about.”

Thus, concluded the LGBT activist, the Russian authorities acknowledged his marriage to a man. “Russia is (yet) impossible to enter into same-sex marriage. But if you made it according to the laws of another state, in Russia it is recognized. Our case proves the General rule”, he said.

Kochetkov believes that he and his husband set a precedent. Lawyer “Russian LGBT network” Alexander Belik said “jellyfish”, because it is the first time that Russian authorities have recognized marriage between two men. The first time was in 2018, when the IFC has recognized the marriage between Paul and Eugene Stocko Voitsekhovsky, a prisoner in Denmark.