LG announced the upcoming release in Europe of its new smartphone Q60, representative of the budget class. Rather, it is only new for the Old world – in South Korea, he has long been sold, but less interesting it it does not. 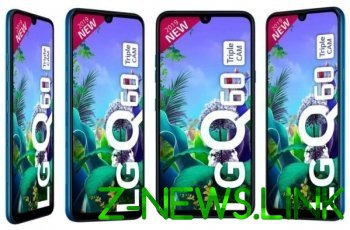 LG Q60 is estimated at 280 euros at the time of start of sales and each customer can count on a gift in the form of speakers JBL Go2, which in itself is another 40 euros. Unknown, touched by this action Russia, but the benefits are more than obvious. LG Q60 runs on Android 9 Pie out of the box and comes with a 3500 mAh battery with support for fast charging. It has a camera of 13 MP front and 16+5+2 MP rear fingerprint scanner on the rear panel and 64 GB of internal memory and RAM of 3 GB.

See also:  What prevents to remove the barriers to the release of Belarusian enterprises on the European market?

The manufacturer reported that while only one configuration may be others, but all of them will gather on the basis of 8-core MediaTek Helio X22 with a clock frequency of 2 GHz. The screen of the LG Q60 is a IPS panel with a 6.3 inch Full HD+. The frames are very thin, and the aspect ratio of the display of the selected 19:9, so he’s pretty stretched out. Other specifications of the smartphone standard – microSD slot, two SIM card slots, LTE, Bluetooth and Wi-Fi.