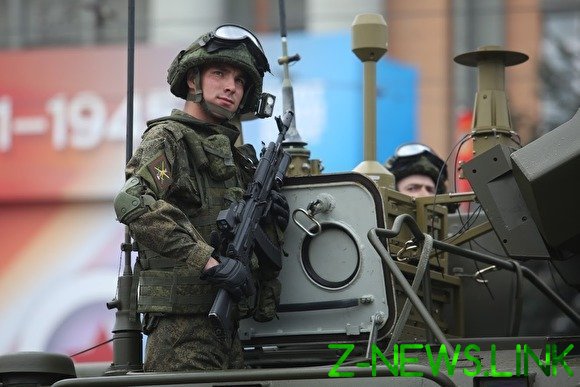 Almost two thirds of Russians (60%) believe that every real man needs to serve in the army, and for the last four years, supporters of this point of view was 18% more. These are the findings of a survey conducted by sociologists of “Levada-Center”, noting that this is a record level endorsement military service, since 1997. Pointless and dangerous exercise, which by all means should be avoided, the army called only 12% of respondents.

Sociologists say that the growth of the prestige of the army can testify the distribution of answers to the question whether the armed forces to defend the country in case of aggression by other States. If, for example, in January 2005 agreed that only 52% of respondents (14% said “definitely Yes” and 38% “rather Yes”), in may 2019 responded positively 88% of the respondents (53% — “definitely Yes” and 35% “rather Yes”).

Half of respondents (49%) were in favour of troops was completed as on contract basis and on call.

The idea of a fully professional army supported by 31% of respondents, and to return the replenishment of the armed forces only at the call, as it was in the USSR, I would like only 17%. Finally, the vast majority of study participants (82%) would prefer a larger budget was directed not at strengthening the military power of the state and improving the welfare of citizens.

Earlier, in April, President Putin outlined the intention of the leadership of the country with time to abandon the military principle of a complete set of army troops. As explained by the head of state, logic demands that the modern military construction, albeit in a modern army remain tasks that do not require high qualification of the military personnel.