Let’s see how Sputnik V works ‘in real life’: Putin reveals he had close contact with Covid-19 infected person ‘for a whole day’ 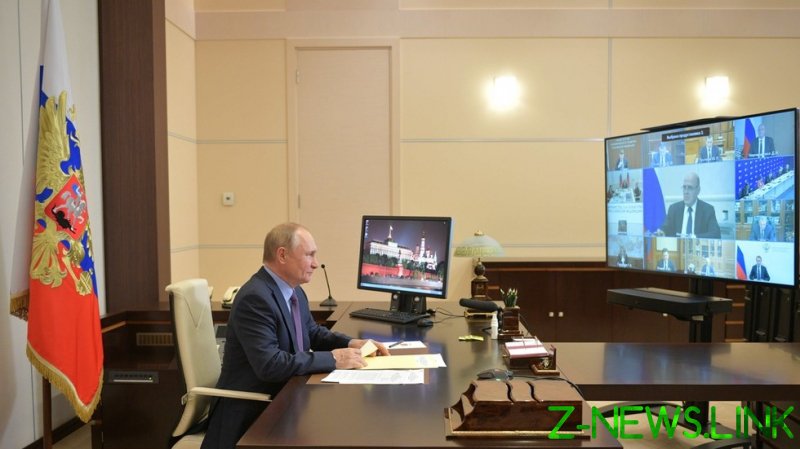 Speaking during a meeting with government members and the ruling United Russia party leadership ahead of the upcoming parliamentary elections, Putin explained that he worked “very closely” with someone who had Covid-19 for an entire day.

In August 2020, Sputnik V became the world’s first registered Covid-19 vaccine. Since then, it has been authorized in 70 different countries and has shown a 97.6% efficacy among those in Russia jabbed with both components.

Putin said his antibody levels from the vaccine “are quite high, but let’s see what this looks like in practice in real life.” He noted that several people in his entourage had contracted the coronavirus.

“One of those people is someone who works in close proximity to me. He has been vaccinated,” he said. “He was revaccinated but apparently a bit late.”

According to the president, this infected person fell ill three days after being revaccinated.

“I communicated with him the day before, very closely, for a whole day,” Putin explained.

On Tuesday morning, Putin announced that he would have to isolate and therefore cancel a trip to the Shanghai Cooperation Organization in Dushanbe, Tajikistan, due to happen later this week.

According to Kremlin spokesman Dmitry Peskov, Putin is “absolutely healthy” and tested negative for the virus but decided to quarantine as a precaution.

“The medics are doing their job. This is standard practice. Anyone who has had contacts with someone infected must wait for some days, for a certain period,” Peskov explained.

Russia is currently in the middle of a third wave of Covid-19 infections caused by the spread of the Delta variant. According to the head of Gamaleya Center, which created Sputnik V, the vaccine is 83%-94% effective against the virus, which is better than some foreign jabs.

“At the same time, Pfizer’s and Moderna’s efficacy, according to the US and Israeli universities, varied from slightly more than 40 to 52%,” he said.