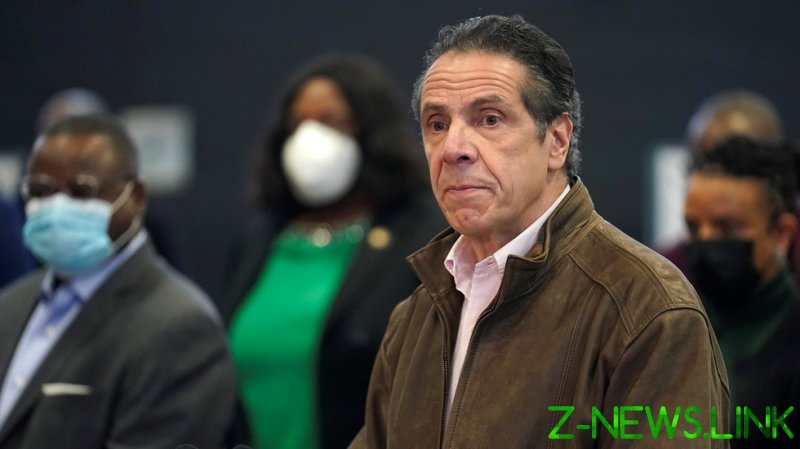 Boylan previously accused Cuomo of sexual harassment in December but said she would not detail the experience at that time. Cuomo denied any wrongdoing.

The former aide now says she has revealed her full story in the hopes that it will “clear the path for other women to come forward.” She published the explosive details in a Medium post on Wednesday.

Boylan claims she was warned to “be careful around the governor” when she joined his administration as vice president at Empire State Development, with others warning her that his abusive behavior was well known.

She also alleges that Cuomo made unwanted advances at her numerous times, including unwelcome touching and a sudden kiss on the lips. He also allegedly made disparaging remarks, such as suggesting they play “strip poker” while on a flight and referring to Boylan as “Lisa,” the name of an ex-girlfriend she apparently held a resemblance to.

In another bizarre encounter, Boylan claims Cuomo arranged to meet with her alone in his office and showed off a cigar box he said was given to him by former President Bill Clinton while he worked in his administration. She took this as a reference to the former president’s affair with Monica Lewinksy.

Cuomo saw his political star rise and gained national attention last year, as his state was put in the spotlight over its handling of Covid-19, leading to public feuds between the governor and then-President Donald Trump. The governor was awarded glowing media appearances, a book deal, and even an Emmy Award for his constant press conferences on the pandemic.

He is now, however, facing multiple controversies. Cuomo has been accused of underreporting nursing home deaths in his state during the pandemic to underplay the potential political fallout from an early order forcing the facilities to accept positive Covid patients. Local lawmaker Ron Kim said the governor threatened to “destroy” him if he did not publicly support him on the matter. New York City Mayor Bill de Blasio responded to the situation by saying the “bullying is nothing new,” adding that Kim’s account sounded like “classic Andrew Cuomo.”

Boylan also alleges this toxic work environment and intimidation is nothing new. She even included in her Medium piece screenshots of texts to her mother when she worked in the administration, complaining about Cuomo’s allegedly toxic behavior. Boylan’s mother replied by calling the governor a “sexist” and urging her daughter to stay clear of him.

“There are many more of us, but most are too afraid to speak up,” she wrote. She claims two women in particular reached out to her with their own stories.

Boylan predicts she will receive blowback and Cuomo’s team will “attempt to further disparage me, just as they’ve done with Assemblymember Kim.”

“They’d lose their jobs if they didn’t protect him. That’s how his administration works. I know because I was a part of it,” she said.

The researchers examined blood sugar responses and other indicators from 1,070 participants in the UK …