Nine friends. One house. There were no witnesses. In this game cannot be the winner!

We got a new poster, a couple of shots and the official trailer for indie horror “Dead corpse” (Dead Body), which in 2015 traveled to various festivals, grabbed the award for best special effects in the New York City Horror Film Festival 2015 and was nominated for the title of best horror film at the fest 2016 Phoenix International Horror and Sci-Fi Film Festival and now out on VOD services and digital platforms including iTunes, Amazon, Vudu, Google Play/You Tube and the X-Box Live.

See also:  Who is hiding in the "Open house"?

The plot of the story is quite traditional – a group of students celebrating graduation at a secluded cabin near the lake but near a forest. Fun begins when the boys decide to play oldboy game called “Dead body”. The essence of the game: one of participants becomes a “corpse” and “the killer” and the rest trying to figure out who is who. It is not difficult to guess the film game leads to real murder, and then things are developing in the spirit of the famous detective Agatha Christie’s “Ten little Indians”.

The creators of the picture completely unknown newcomers. You can highlight, perhaps, Ramon Isao (writer and producer) once you got the script to someday “ZMP: Zombies of Mass Destruction”. In the same film was played by Cooper Hopkins. 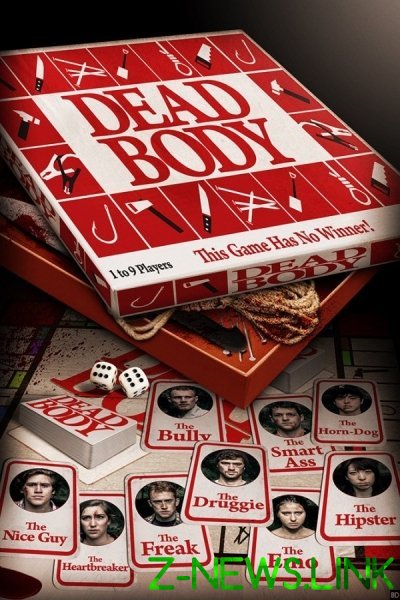