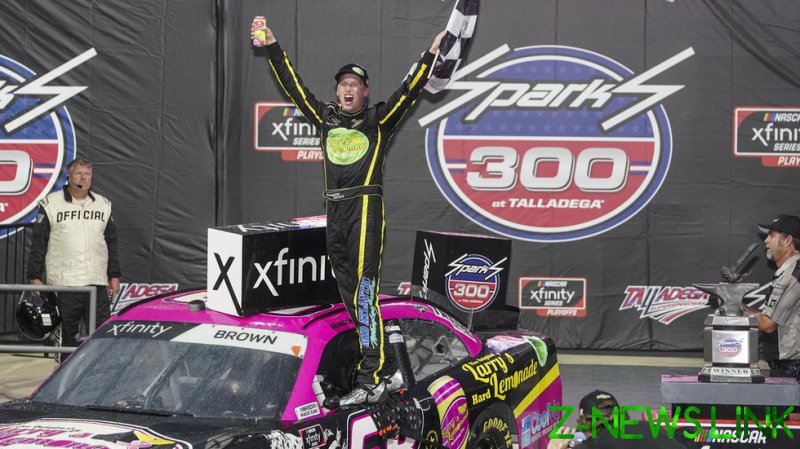 “Dad, we did it, let’s go!” Brown shouted at the camera during a live interview shortly after he was declared the winner of the Saturday race. However, chants from the crowd were even louder, with ecstatic fans clearly yelling “F*** Joe Biden!” again and again.

The NBC Sports reporter acknowledged the wild chanting, although she either genuinely misheard the obscenity directed at President Biden, or, as many observers noted, attempted a desperate damage control.

“Brandon…. as you can hear the chants from the crowd: ‘Let’s go Brandon!,” she said, triggering a torrent of mockery on Twitter. The video apparently went viral after it was shared by NASCAR itself, but later deleted without explanation.

“Can’t wait for the fact-checks to tell us that they were, in fact, saying ‘let’s go Brandon’,” quipped one Twitter user.

It is by far not the first time the offensive battle-cry is heard during sports and other events, after US college football fans launched this new tradition of chanting not only obscenities at the opposing team, but at the sitting president of the United States.