Home / WORLD / Let’s face it, US politics is just a showy soap opera laced with enough nepotism and corruption to make a banana republic blush

Let’s face it, US politics is just a showy soap opera laced with enough nepotism and corruption to make a banana republic blush 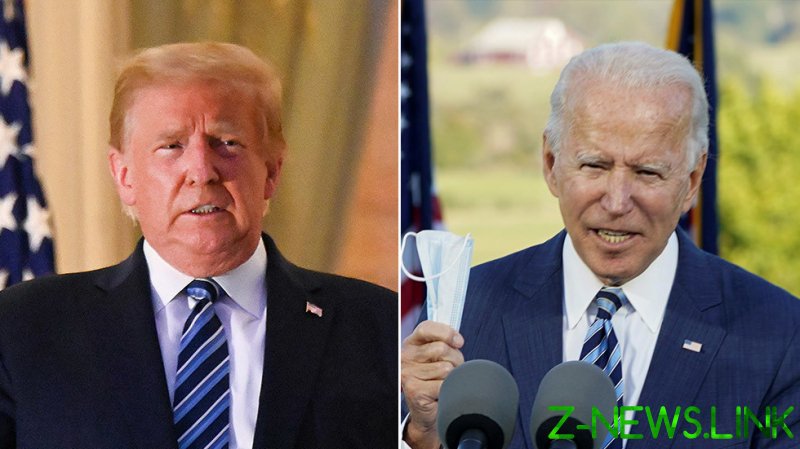 There was an American show that ran on pretty much every TV set in the whole wide world in the 1980s called ‘Dynasty’ – pronounced ‘die-nasty’ by Americans, who like to mangle the English language.

The main images that immediately spring to mind are all teeth and hair. Perfect teeth, perfect hair. Male or female. Oh, and the theme tune. And money.

Money, money, money. I can’t remember a single plot line though, not one.

American politics in a nutshell.

There was Dallas too, which was basically the same show – the very same teeth, the very same hair. And, yes, the same money, money, money. Both shows were given reboots a few years ago, but nobody seemed to notice them the second time around.

The ‘80s sugar has all been consumed, and everyone knows the fundamental flaw with sugar; eat too much and it makes you sick. The gloss has gone, the teeth are all crowns, and dental implants and all that hair… the style hasn’t changed much but it has lost its sheen and gone grey.

The world is watching America, but not for any kind of ‘leadership.’ ‘Dynasty’ has turned into ‘The Sopranos.’ Some Americans are talking of a second civil war (apparently to be fought mostly on Twitter and Facebook). Democrats and Republicans are ‘going to the mattresses.’

The rest of us are all mere spectators. We have no say whatsoever in what happens in the good old US of A. So, relax – sit back and enjoy the show.

The next four weeks is just going to be two angry old men, shouting at each other VERY LOUDLY! Yet saying nothing much of anything at all.

Polls show that 40 percent of registered voters will vote Trump, come what may. The numbers just don’t drop much below 40 for the Donald, and they haven’t for a good while. Bungling the response and then catching Covid-19 – streaking naked in the moonlight across the Rose Garden lawn, whatever – nothing can knock him under 40 for long. Nothing.

But hang on, take a deep breath, put your fingers in your ears and block out all the noise. Trump v Biden is actually basically just Coke v Pepsi (even the colors match). Same as it always is in American politics. If you check out the policies, they are not separated by vast chasms. It’s hardly Karl Marx v Adolf Hitler. It’s very little to do with policy, it’s all about personality.

Donald Trump has proven that anyone can, indeed – with the right personality – become president. If you are in possession of an almost irrational quantity of self-belief, are mildly telegenic, oh and have a few billion dollars lying around or rich benefactors willing to splurge on your campaign, then the keys to the White House could be yours.

Trump v Biden. I mean really, Uncle Sam, is this the BEST you can do?

America has almost three times as many Nobel Prize winners as any other country and almost twice as many billionaires as its nearest rival. And yet, from a population of almost 330 million, the choice for president in exactly four weeks time boils down to… two furious, inarticulate geriatrics shouting at each other across a socially distanced stage.

What’s more, the election, as Trump keeps screaming, may not even be safe.

Most of my banking is done online or via an app these days, and I’d suggest people are way more protective and paranoid of their hard-earned cash than they’ll ever be about their vote. The damn thing scans your face or does a fingerprint test only the police used to be able to do. How hard can it be to make a voting app?

But, apparently, the US voting system is so wide open to corruption that some bloke can just pop along with a mail bag and stuff a load of slips marked ‘Biden’ into a ballot box (but, presumably, none marked ‘Trump’) and swing the election. Remember ‘hanging chads,’ anyone?

And then there’s the result. Due to an absurd and antiquated system, a president can get elected even though the other guy or gal actually got more votes (as happened, of course, in Trump v Hillary Clinton and George W. Bush v Al Gore).

I lived in Asia for many years and was a correspondent in Manila. The Philippines, my apologies to Filipinos, was a nut house. And the politics down there was so often just a silly, yet very dangerous, soap opera. And, funnily enough, the Philippines could once have become an American state.

Well, the US, right now, feels exactly the same and, just like any self-respecting banana republic, it is also a family affair.

You disagree? President George H.W. Bush and then his son George ‘Dubya.’ President Bill Clinton’s missus almost ran all the way to the White House. Many people have been trying to push Michelle Obama to make a bid too, and maybe she will, next time. But the real race to watch in ‘The Banana Republic’ will be in three or four elections time when the youngest Trump boy, Barron, takes on the youngest Obama girl, Sasha.

Anyway, that’s for the future.

Let’s all just sit back for four weeks and watch the climax to this season of ‘The Banana Republic.’ Pop round mine for the finale if you like, what are you drinking? Coke or Pepsi?