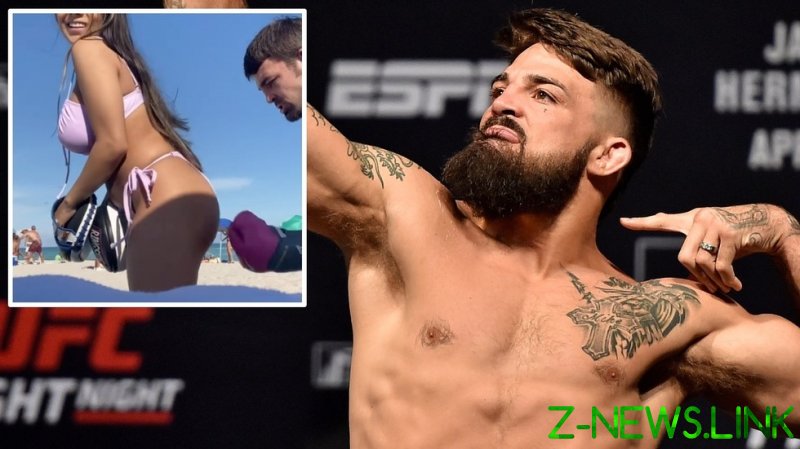 Perry donned a pair of pink boxing gloves for a quick stint of pad work as Gonzalez, who has also cornered Perry for his last two UFC fights, held the mitts.

But, seemingly not fully happy with working the regular equipment, he decided to playfully turn his attention to his girlfriend’s buttocks as as he lightly aimed a combination of punches to her backside instead.

“She is so damn unreal. I can’t believe she just had Ocean and look so damn amazing,” said one, while another agreed, “Now that’s a natural woman. Gorgeous.”

And one eagle-eyed fan pointed out that the real moment of interest was taking place in the background, saying, “We just gonna ignore the guy in the back with a 6 foot python around his neck?”

Yes. There actually was.