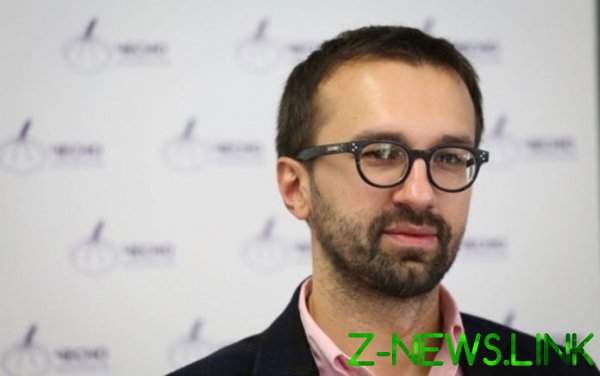 MP will give the Prosecutor’s office the documents confirming the receipt of Monforton money from the Party of regions.

The people’s Deputy Serhiy Leshchenko on Thursday, may 23, come for questioning to the Prosecutor General’s office and said he was willing to transfer the original documents, but doesn’t trust Yuri Lutsenko, who, in his opinion, they can hide “in the safe” and even sell to the US President Donald Trump, or his counsel, writes the online edition of the Chronicle.info with reference to Liga.net.

The Deputy reported that IT found the entrepreneur in 2017 documents in the office of Manafort on Sophia, 4. They acknowledge receipt of the American strategist of the Party of regions $750 000 for a fake contract for the sale of computer equipment.

This result is reported to an FBI agent Brian Earl, who led the investigation into former Prime Minister Lazarenko. The agent, in turn, offered to transfer the documents to his colleague in Kiev.

“Then I met with the FBI agent and gave him those documents… These documents was returned to me yesterday… as a matter of Manafort in America completed,” — said the Deputy.

Leshchenko showed journalists alleged these documents: two expired credit cards, one for the name Philip Griffin, second in the name of Leonid Abrasheva; CD news that was translated by Manafort; biography and questionnaire that was filled Constantine kilimnik, the right hand of Manafort — daughter of Kilimnik Larissa, to study it in private school in Germany; her passport; personal data of the people who starred in the advertisement of the Party of regions. Yanukovych’s appeal to diplomatic circles before the election.

“Then there are documents of the Party of regions, which have the original signature of Yanukovych, Raisa Bogatyryova and Boris Kolesnikov… for Example, the code of conduct for members of the Party of regions. That is, these are political documents that have no particular value to the investigation,” he said, adding that the presence of these materials indicates reliability and other documents.

According to him, among all this array of documents were signed, which was a money transfer Manafort from the Party of regions — with seals and signatures.

“This is a document that confirms the truthfulness of black accountants of the Party of regions, — said Leshchenko, showing an invoice dated 14 October 2009. — In the black accounting PR is the payment that contains the note that this is for Manafort, the same amount is 750 thousand dollars.”

According to him, it is about fake web contract under which Manafort received by the Bank in Alexandria $750 000 from Yanukovych under the guise of selling computers.

“The money to the account of Manafort received from the account of an offshore company called Neokomp systems limited, Belize… that is, he received money under the guise of selling computers, received the money from the Belize offshore, which had the bill in Kyrgyzstan, and Kyrgyzstan in those years had a reputation as one of the black holes, where the laundered money,” he explained.

Answering a question of journalists why he did not immediately handed the materials to the GPU, and brought them just now, Leshchenko noted that we are talking about fraud, a US citizen, therefore he gave the FBI documents.