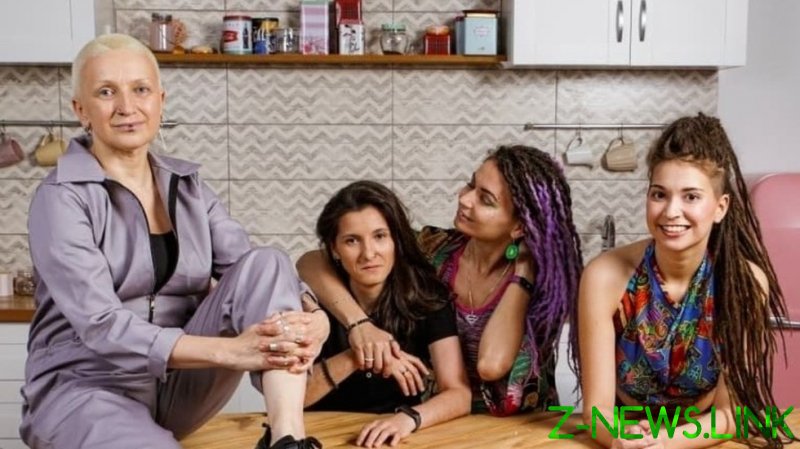 Writing on Instagram, Yuma, the mother of two daughters, wrote that her family is now “safe” and “resting,” thanking those who gave them “support.”

“Thanks to you, we did not give up,” she wrote.

In June, grocery chain VkusVill published an article titled “Recipes for Family Happiness,” featuring Yuma, her daughters Mila and Alina, along with Alina’s fianceé Ksyusha. In the video, they explained that they are vegan, and enjoy eating the supermarket’s food, such as hummus.

The publication of the article was met with a backlash, causing the company to apologize for “hurting the feelings of a large number of our customers, employees, partners, and suppliers,” blaming the post on a small number of staff. The four women featured also began to receive death threats.

The situation then led the family to decide to leave Russia, with one of the daughters, Mila, revealing that the homophobic backlash had led to them being unemployed and homeless.

VkusVill’s decision to delete the article came after some customers threatened to boycott the chain, with others intending to complain to the authorities about propaganda.

In 2013, Russia introduced a law that bans the “promotion of non-traditional sexual values among minors,” in what lawmakers called a method to protect children from abuse and ensure family values were not eroded. Its detractors have called it an attack on LGBT rights.

Despite the family having now left Russia, the deletion of the article may still have significant consequences for VkusVill. The company, which opened a store in Amsterdam in 2020, is planning to IPO in the US later this year.