Home / economy / Leonid Gozman: a Eulogy to the Ball – where is the money?

Leonid Gozman: a Eulogy to the Ball – where is the money? 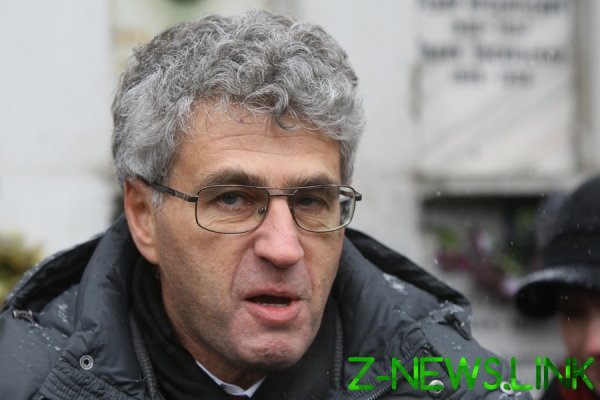 The world is infinitely complex, and “every problem has a simple, friendly people, wrong decision”. Simple solutions to suggest people are stupid or cynical, and they lead only to misery and injustice. But effective steps are always difficult and obscure, their produce specialists, their suggestions nobody likes and before his voice call them unpopular.

Almost always the way it is. For example, repressive measures – the same as chopping off the hands of thieves – it’s much easier — in the long term does not suppress the crime, destruction of dangerous animals leads to disruption of the ecological balance, and infringement of good people leads to crazy bad blood. But all this is true only on large time frames.

But small, in an emergency situation work just as simple measures. You cannot destroy the wolves, but if the wolf attacked you, it’d be nice if you able to kill him. But if the robber is to stop it than I can – fist, brick or bullet, without understanding how the lack of motherly love makes him the plight.

Sharikov “divide” quite adequately the situation of a disaster, when shortages of food to her citizens just be given to all equally.

We also have a disaster. And it requires extraordinary measures are calculated on a very short term, and so quick and simple.

Offers Bulk (“Five steps”) seem to me entirely adequate, so I immediately signed a petition. We need to avoid the hungry. Not only do you need a very complex system, and now, next week. It is natural for the twenty-first century humanity – it is in the interests of those who are not facing famine. You don’t want the explosion of crime?

But I’m no expert, I don’t know how print the stabilization Fund and how long it take time? I am sure that all can be done, and quickly, but specific advice can not give, but nobody is asking. But I can see where you can take the money for the first time, but quickly and definitely not acceleration of inflation.

All officials until the end of the pandemic and the lifting of all restrictions for citizens must have the salary of two minimum wages (or, say, seventeen thousand, which the President has defined a border for the middle class), and, without any premium, bonuses for irregular working hours and other tricks. Release the money directly in need. Of course, money is small, only for the first time, but even funds from reducing the salaries of deputies of the State Duma will be enough for payment of the monthly allowance, at least, ten thousands of them being voters.

In fact, I am against egalitarianism. I for that officials were paid well (if, however, they are controlled by the company). But we have common for all the trouble. The manifestation of the authorities of solidarity with those whom it governs, it is natural. In many countries, by the way, the officials themselves go to such measures, without waiting for the kicks. And if Putin makes such a decision, the deputies and other chiefs, certainly, will declare that they themselves asked for it, because I wanted to share the difficulties with the people. By the way, if anyone is worried, the quality of life of officials will not be affected because few of them at Putin lives on a salary, even a big one. For many it is rather an element of prestige as a company car and chauffeur.

But if the society will not reduce pressure and achieve from the authorities that they were to help people and not feed them messages from the bunker, there is another problem. You will need to demand the creation of public councils at the Federal level and in the field to monitor the distribution of aid. First, it is our money, from our taxes. Second, if our state does not hold your hand, it is a steal!