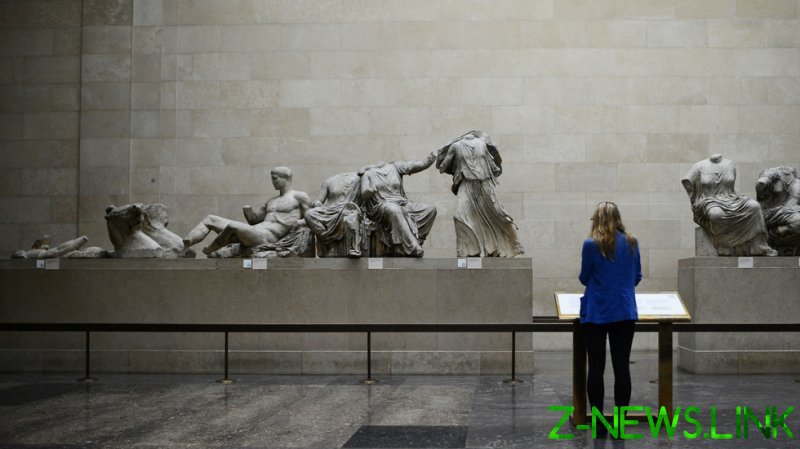 The ancient sculptures that once adorned the famed fifth century BC Parthenon temple in Athens were “legally acquired” by the British diplomat Lord Elgin in the early 19th century, Johnson told the Greek newspaper Ta Nea on Friday.

The UK prime minister left no room for the idea of returning the ancient works of art to Greece, saying that although he “understands” the “strong feelings” of the Greeks, he still considers the commissioners of the British Museum in London to be “the rightful owners” of the Elgin Marbles.

“The British government has a firm and long-standing position” on the issue, Johnson – himself a former student of Classical Philology and Philosophy at Oxford, who once called Homer “the greatest writer of all time” and named ancient Greek statesman, Pericles, his “hero” – told Ta Nea.

The row between London and Athens over the fate of the sculptures constituting roughly a half of the 160-meter frieze of the ancient temple has come to the fore in the context of post-Brexit trade negotiations between the UK and the EU. The EU demanded the return of “unlawfully removed cultural objects” while London, which quickly linked the demand to the Marbles, said they were “not up for discussion.”

The sculptures were taken from Greece, which was under Ottoman Turkish rule at that time, under an agreement Elgin struck with the Ottomans. The Greeks argue they were “stolen” while the British Museum insists it was a “legal contract.”

In September 2020, Washington sought to wade in to the issue by urging London to give the Marbles back. A letter to Johnson signed by 18 Republican and Democratic members of the House of Representatives warned the British prime minister that a refusal to do so might affect the “special relationship” between the two transatlantic partners.

The move sparked an angry reaction in the UK where it was denounced as a “blackmail” attempt. The US has since made no moves to follow up on this veiled threat, though.