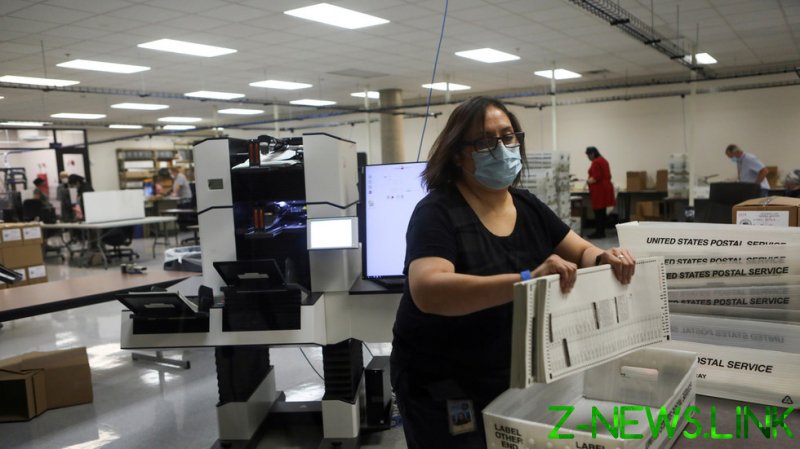 The Maricopa County Board of Supervisors has refused to comply with two subpoenas issued by the state’s Senate Judiciary Committee, instead voting 4-1 to challenge the directives in court.

Eddie Farnsworth, the Republican chairman of the Senate committee, issued the two orders on Tuesday. One subpoena called for a scanned ballot audit, while the other asked for a “full forensic audit of ballot tabulation equipment, the software for that equipment, and the election management system” used in the 2020 presidential contest.

The county was given until Friday, November 19 to hand in the requested information, which included digital images of every mail-in ballot, along with a list of logs and reports from Dominion tabulation machines.

In their legal complaint, the county supervisors allege that the state Senate has no right to demand such data, arguing that the subpoenas violate Arizona laws for ballot secrecy. They also alleged they had insufficient time to comply with the subpoenas.

Filed in Maricopa County Superior Court on Friday, the challenge accuses Farnsworth of a “draconian abuse of power in an attempt to obtain the personal information of voters, voting records, ballots, and tabulation machines.”

The county supervisors asked the court to “quash” the subpoenas and declare them unlawful.

The move was met with a series of seething tweets fired off by the Arizona Republican Party. Using the hashtag “#HoldTheLine,” the state’s GOP suggested that county officials feared a full audit because they had something to hide.

In another message, the political party claimed their Democratic foes were “desperate to keep everything about the 2020 Election in the DARK! Arizona Republican leaders must rise up and shine the LIGHT!”

The group also pointed out that it was illogical for the county to argue it didn’t have enough time to conduct the audits if it thought they were unlawful. Insisting that Maricopa officials “don’t want a forensic audit” the Arizona GOP urged Republicans to “put an end to this nonsense” and “FIGHT FOR FREE AND FAIR ELECTIONS.”

The legal battle is one of countless cases that have gone before state and federal courts involving the 2020 election results.

The senate-issued subpoenas coincided with the release of a preliminary audit report, ordered by a Michigan judge, that claimed Dominion systems are “intentionally and purposefully designed with inherent errors to create systemic fraud and influence election results.”

Maricopa County also uses Dominion systems, but insists the machines have been rigorously tested, and meet all state and federal guidelines. Biden won the county, which includes Phoenix, paving the way for a narrow victory in the traditionally red state.

Biden was certified as president-elect by the Electoral College on Monday, but Trump and his allies continue to insist the election results are illegitimate due to widespread fraud.