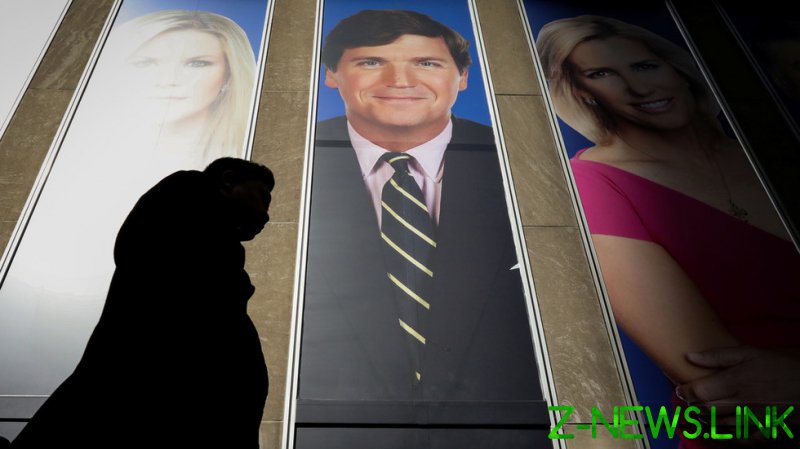 Tucker Carlson has been around the political game for a great many years. He first made his name with a show called Crossfire, which former Daily Show host Jon Stewart accused of “hurting America.” Now he resides on Fox News, and has some of the highest ratings of any political show host. Although he is no stranger to controversy or political attacks, it seems that the Democrats have singled him out as their number one ‘troublemaker’ to target.

Recently, some in the Biden administration and some military officials used government social media accounts and resources to launch political attacks against Carlson. The Department of Defense’s .gov website, the US Space Command Leader’s official Twitter account, and the US Marines’ II MEF information group all attacked Carlson for his opinions on women in the military.

Clearly, if representatives of the US military go out of their way to worry about what a journalist is saying, then they have too much free time on their hands or are neglecting their duties. Bryan Dean Wright, a former CIA officer and a Democrat, was rather vocal in response, saying that we have crossed a red line and are in “desperate trouble” as a nation.

CNN’s Brian Stelter went on to call Tucker Carlson the new Donald Trump, using colourful descriptors such as “outrage generator” and “firestarter,” and then blamed the Murdoch empire for Carlson and his style as a journalist. He also went on to claim the language used by the host is conspiratorial, and spoke of the debates that he sparks as some sort of negative. So, there seems to be a problem when a right-wing host such as Carlson questions the government, but when CNN did it with Trump, it was fine.

The simple fact of the matter is there’s nothing inherently wrong with questioning the government. If Americans never questioned the government and its actions, our country would likely have never been founded.

The problem we have here is that people like Stelter, those in the military who spoke out, and the Biden administration, simply don’t like being questioned on their worldviews or policies. I’m not someone who constantly watches Carlson’s show, but what I can say is that what I have seen of him could not be described as conspiratorial or fire-starting. He was one of the first conservatives who questioned Sidney Powell’s claim that she had a case to overturn the 2020 election. He ended up being right.

The irony of all this is that the more that the Biden administration and left-leaning networks such as CNN or MSNBC go after Carlson, the more he will appeal to those on the right. Given that his family have been threatened and intimidated by Antifa, I would say he has every reason to be critical of the left. But the constant attacks on Carlson run the risk of turning him into a martyr. All that ends up happening is that more people are driven to his viewpoint. And the people who already share it are going to dig the trenches deeper.

It’s very difficult to blame someone for preaching an ‘us versus them’ agenda when the government, the military and the media establishment, plus a left-wing domestic terrorist group, make him out to be the devil incarnate. Tucker Carlson doesn’t have horns or a tail, and his critics would do well to remember that, before they create an unstoppable force who becomes a true figurehead for those on the right – in the way that Trump did.