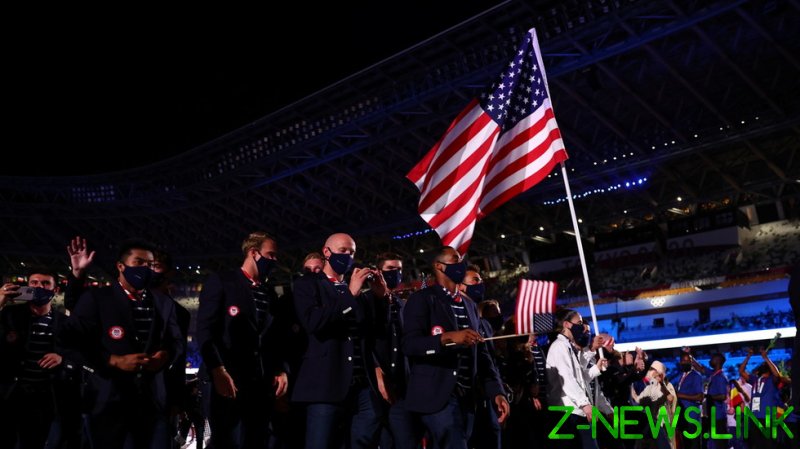 ESPN columnist Ben Rhoden told ‘CBS This Morning’ that the opening ceremony used to be one of his favorite parts of the Olympics, but that this year he felt differently about the event.

His provocative commentary failed to score points with many on social media.

Others urged the ESPN columnist to avoid such broad generalizations when speaking about the US flag and what it represents. One particularly unimpressed commenter accused him of “peddling and grifting off victimhood.”

Rhoden received some backup on social media, however. Several tweets praised his remarks and said he should make regular appearances on CBS.

The Biden administration has claimed white supremacists and other right-wing elements have become a top security concern for the United States, pointing to the events on January 6, as well as other plots allegedly linked to domestic extremists, as evidence of this trend.

This narrative has come under growing scrutiny, however. Earlier this month, reports emerged that undercover FBI informants may have played a key role in a plan hatched by alleged extremists to kidnap Michigan Governor Gretchen Whitmer, raising questions about the actual seriousness of the plot. As for the storming of the Capitol on January 6: a recent poll found most Americans would prefer Congress to investigate the BLM riots, which have caused extensive damage to cities across the country.