Home / WORLD / Left & right alike fume over Dems’ bill to ban ‘twice-impeached presidents’ from burial at Arlington, any honoring of their names

Left & right alike fume over Dems’ bill to ban ‘twice-impeached presidents’ from burial at Arlington, any honoring of their names 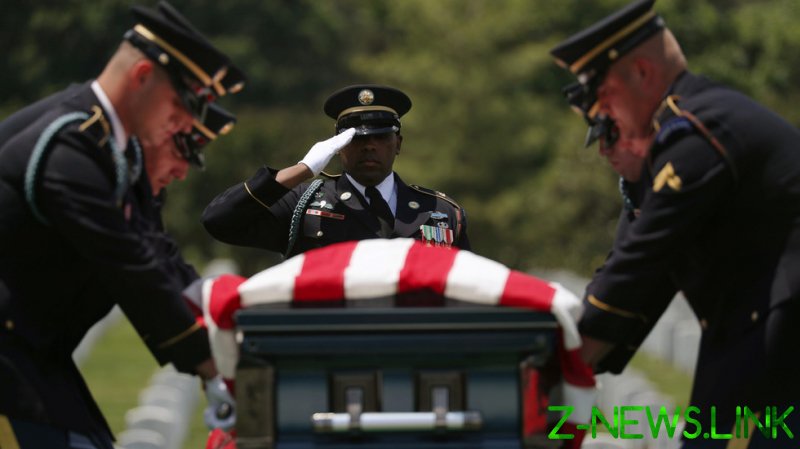 The ‘No Glory for Hate Act’, sponsored by Representative Linda Sanchez (D-California) and co-sponsored by 13 other Democrats, calls for banning any “twice-impeached president” from being buried at Arlington National Cemetery. The ashes of such a president couldn’t be inurned at Arlington, either.

The bill’s heading refers to prohibiting the use of federal funds for the “commemoration of certain presidents,” but only Trump fits the criteria of being impeached twice by the House. To the chagrin of Democrats, he’s also the only president to have been acquitted twice by the Senate. But ironically, like predecessor Barack Obama, Trump never served on active duty in the military and therefore doesn’t qualify for burial at Arlington anyway.

Not to be tripped up by that technicality, the Trump punishers went further in their bill, prohibiting the use of federal funds to create or display any symbol, monument or statue commemorating a twice-impeached president. Not only would the legislation also ban the naming of any federal building or land after such a president, but it would also block federal funds from being used to help pay for a government at any other level to put his name on a building or other property.

In short, the bill would essentially ban use of federal funds to honor Trump’s name in virtually any way. And it would strip Trump, er, any twice-impeached president of retirement benefits, clerical services and mailing privileges. The only retirement benefits customarily afforded to former presidents that would be allowed is Secret Service protection.

The bill, which was introduced on January 25 and assigned to various House subcommittees on February 4, is one of various active Democrat measures to penalize Trump after failing for a second time to convict him in a Senate impeachment trial. Representative Bennie Thompson (D-Mississippi) has sued the former president, among other defendants, for allegedly violating the Ku Klux Klan Act. Representative Jamie Raskin (D-Maryland) said Wednesday that the 14th Amendment could be used to bar Trump from running for office again.

The No Glory for Hate Act, in particular, has struck an errant nerve with many observers. Conservatives and left-wing commenters alike blasted Congress for investing time and resources in a vindictive anti-Trump bill even as lawmakers fail to help Americans on a host of issues, such as providing economic stimulus checks to help cope with the Covid-19 pandemic.

“Where’s our $2,000?” conservative author Mike Cernovich asked. Former Democrat congressional candidate Nathaniel Mulcahy agreed on the stimulus checks and said Congress should also be focusing on student loan forgiveness, Medicare for All and the electricity crisis in Texas, where people are dying amid freezing temperatures.

Other commenters, such as journalist Trish Regan, mocked Democrats for speaking of unity while continuing to take divisive actions. Musician Philip Labonte was among those angered by the wastefulness of such a bill. “This is so f**king infuriating,” he said. “People have been out of work and had their lives destroyed, and the slime in DC is wasting time on this s**t. I can’t begin to describe my disgust with them.”

Some observers, such as former Republican congressional candidate Travis Wines, suggested that Democrats are inadvertently helping Trump. “Every time they do something to him, his poll numbers increase,” Wines said. “They’re too stupid to realize Americans don’t trust any of them.”

Another observer summed up the mood, saying that regardless of political leanings, “this should infuriate anyone from the home district of this bill’s sponsors. How about you do your job and save the ‘Mean Girls’ crap for an after school special?”

Former Democrat congressional candidate Matt Boswell said Democrats are doing “symbolic, empty-gesture politics during a pandemic.” Many commenters said the bill shows that Trump “lives rent-free” in the heads of his Democrat haters.

Others suggested that the bill could be turned around on Democrats if Republicans regain control of the House, leading to more impeachments.

But Democrats, even while apparently failing to anticipate the backlash to their bill, did make sure that “certain former presidents” will apply only to Trump – now and in the future. It specifies that it applies to any president who has been impeached twice “on or before” the date that the legislation is enacted. Future impeachers need not apply.