Home / WORLD / Left gloat after Trump’s favorite tabloid tells him to concede, but didn’t they dismiss NYP as peddlers of ‘Russian propaganda’?

Left gloat after Trump’s favorite tabloid tells him to concede, but didn’t they dismiss NYP as peddlers of ‘Russian propaganda’? 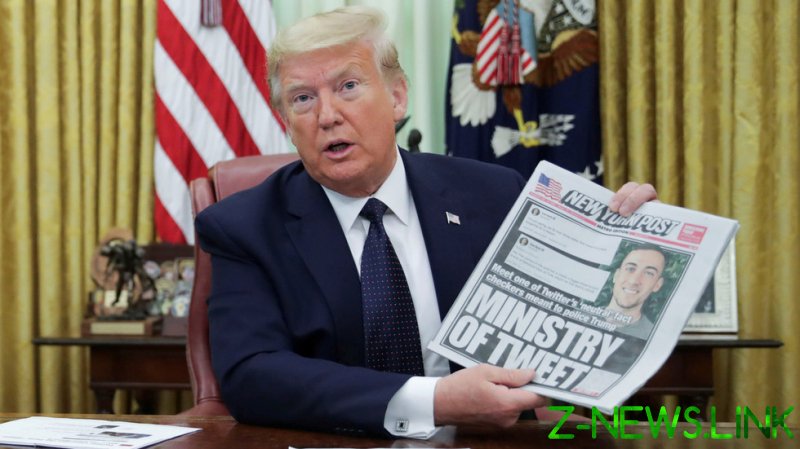 The conservative-leaning tabloid minced no words when it called on the US president to “stop the insanity” and finally concede his defeat to Joe Biden. The Sunday editorial mocked Donald Trump as “King Lear of Mar-a-Lago, ranting about the corruption of the world,” and spending the last days of his presidency “not as a revolutionary, but as the anarchist holding the match.”

It had even harsher words for people supporting his claims of a stolen election. “Sidney Powell is a crazy person. Michael Flynn suggesting martial law is tantamount to treason. It is shameful,” the NY Post said.

Instead of trying to have the Senate block the certification of the election results, Trump would do better to concentrate on the runoff elections in Georgia, the editorial noted. They will determine if the Republican Party keeps control over the upper chamber of the US Congress and thus remains in a position to keep the Democrats in check.

The strongly worded piece was welcomed by many Trump critics, especially in the left-wing media. The likes of Jim Acosta, Kyle Cheney and Malcolm Nance were all too eager to quote the parts they liked most, in an unsurprising uniformity of opinion.

Just a few weeks earlier, prior to the November 3 election, some of the very same people pounced on the NY Post for publishing stories about Hunter Biden’s alleged corruption involving Ukraine and China. Biden-favoring journalists labeled the stories irrelevant and likely coming from a Russian disinformation campaign, even though no evidence of the latter was ever presented. Few protested when social media tried to put a lid on the accusations, with Twitter going as far as to suspend the newspaper from its platform for days.

The misadventurous son of the president-elect has since been revealed to be under an investigation into alleged tax evasion. His dad, on the other hand, still insists it was all Russia’s doing, with the media choosing not to hold his feet to the fire over it.

So, the wave of schadenfreude over the NY Post’s roasting of Trump hardly marks its elevation to the status of an organization doing “actual journalism” in their eyes, some commenters snarkily remarked.