Home / WORLD / Lee Camp: The four layers of reality – and why we’re only allowed to talk about one

Lee Camp: The four layers of reality – and why we’re only allowed to talk about one 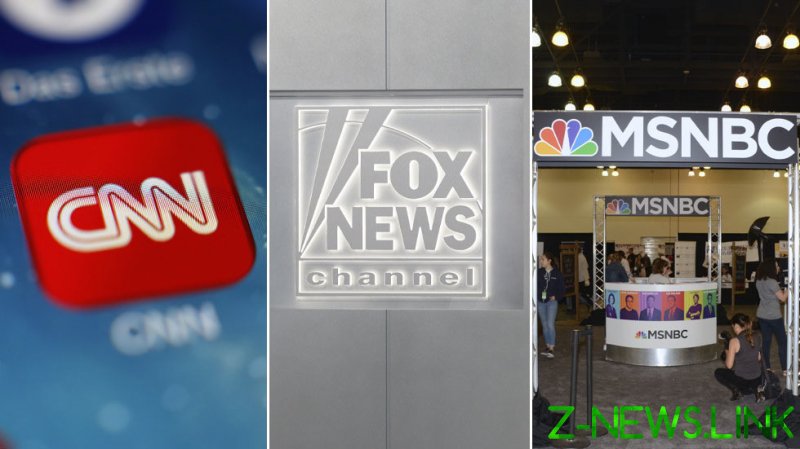 This article was originally published by Scheerpost.

No matter which mainstream media segment you’re currently watching, I can promise you it’s not getting to the heart of any issue. By definition they only participate in surface level analysis. For example, there are three or four levels of reality we should be discussing when we talk about any United States election. And by “discussing,” I mean “screaming about,” and by “screaming about,” I mean “freaking out about.” So, let’s freak out – shall we?

Quick tangent – I got made fun of as a kid for “freaking out” or “spazzing out” all the time, but when you think about it – when you really think about it – shouldn’t we all be freaking out? When you look around and so few people are enjoying their lives and so many people are struggling or oppressed, and there are new and bizarre illnesses and viruses to worry about, and all of our so-called leaders are goddamn corrupt morons – shouldn’t we all be spazzing out? If you look at our current reality, it’s all spazz-worthy.

Anyway, we have three or four levels of reality that we should be discussing all the time because they’re incredibly important. But, generally speaking, American politicians and media don’t talk about the deeper layers. In fact, they only talk about the surface layer (because they’re corporate tools).

So, using this past presidential election as an example: Layer one was – Who’s going to win? Biden or Trump? That’s the surface layer. It was fair to talk about it and fair to debate it. But if we stop at that and don’t dig deeper, we don’t actually know anything about reality. It would be like licking the top crust of an apple pie and saying, “I get it. It tastes like crust. It’s dry and crumbly.” But in fact, you still have no idea what an apple pie is.

Now let’s move on to layer two (which is already a layer beyond what your mainstream corporate media will ever report on). Layer two is the slightly deeper understanding that American oligarchs win each election no matter what. They win it in multiple ways – one is by making sure progressives, socialists, libertarians, anarchists, communists, etc. are purged from the process. The other way they dominate every election is with cold, hard cash. And the third – perhaps the most important way – is that our system simply does not pass anything through the government that isn’t beneficial to the business community, AKA Corporate America. A large 2014 Princeton study looked at 1,779 policy initiatives and found that the American public has zero impact on what gets passed through Congress. What we, the American people, want has no influence on American policy. The politicians tell you it does. They act like they care. But nothing you and I want ever gets done.

It’s like being in an emotionally and mentally abusive relationship. Our corporate overlords gaslight us. They tell us we matter. They tell us they love us. They tell us they’ll change. But they never do. They just sit there in their pajamas eating ice cream out of the box with their feet on the coffee table – putting coconut sprinkles into the ice cream container even though they know you don’t like the coconut sprinkles because they’re tasteless and two days later when you find three in your mouth you’ll think it’s hair or scabs or something! Totally ruins the entire ice cream experience. They know that and they don’t care! (But that’s my life.)

At the end of the day we, the people, get nothing unless it aligns with business interests. Look at Obamacare for example – America wanted healthcare, but in order to get the Affordable Care Act passed, the ruling elite made sure it was a giant giveaway to the health insurance industry.

Wow. Sounds like layer two is kind of important. But nope, the mainstream media will never mention it. They pretend it’s not happening.

Layer three: Capitalism and environmental collapse. Under our current economic system, the most powerful people (the corporatocracy) will eventually own everything. It’s inevitable. The gravity of capitalism pulls everything towards corporate hegemony. Every time. In every way. You can sometimes score roadblocks that slow them down, but that’s all it does – slow them down. As they take control, the environment – the NATURAL WORLD – will be destroyed.

Take for example Monsanto Roundup herbicide. It’s causing cancer; it’s killing people. And it (along with other herbicides and pesticides) is also killing the bees and the insects, and unfortunately the natural world needs those little f**kers. A 2019 global scientific review warned that the collapse in insect population could be catastrophic to ecosystems. You might love that there aren’t many gnats around, but nature is screwed without them. (“Screwed” is a technical term.) And as all the bees disappear and the insects fade into oblivion, we will fade away with them. (Maybe not next week, but it might not be as long as you think.)

So, how could this happen? Why hasn’t Monsanto, now owned by the pharmaceutical company Bayer, been stopped? Well, they’re too f**king powerful, for one. They own the market; they own the officials; they own the regulators; at times they even own the science.

So that’s what talking about level three looks like. It’s talking about the economic system and its global impact. And yet again, the corporate media will pretty much never have that discussion. Level three is more off-limits for cable news anchors than it is for female anchors to grow out their armpit hair. …And yes, I know that’s a reference to stereotypical old-school gender norms, but I’m not endorsing it. I’m making the point that the odds of seeing one of those reporters or anchors really dig into the inherent flaws of our capitalist system is about as likely as seeing the anchor of the 6pm hour have a giant Krusty The Clown head of hair bursting forth from under her arms. (Again, not criticizing. In fact, I’d love to see that.)

Level four – now we really get deep. Level four is the true analysis of our reality. And there are a lot of different topics in level four. Things like, “What really is money?” or “What the f**k are nation states? Why is everything we do somehow connected to national interests? What does it matter if I was born on this side of a line and you were born on that side of a line? Who even drew those dumb lines?” Or level four could be something like, “Why do we live the way we do – in single-family houses or apartments? We live inside seclusion boxes, hardly interacting with our fellow humans except at our wage slavery jobs where we go, ‘Hey Jim. At least it’s hump day’ or some dumb crap like that. What the hell is this existence?”

That’s level four. It’s getting pretty deep into the philosophical realm. But so why don’t our media think the most basic questions of our existence are important at all? They don’t think it makes sense to occasionally talk about level four? I’m not saying make it the beginning of every newscast – “Hello Nation, it’s 6pm and remember you’re a victim of wage slavery, forced to live in a seclusion box.” I’m not saying that. But can’t the deepest echelons of our reality ever come up in the mainstream narrative? Or do we have to go buy some hidden book in the basement of a bookstore run by a guy with food stuck in his mustache and one glass eye? Is that the only place we can learn about our reality?

Anyway, those are four layers of our reality that are pretty important to our daily lives. There are more – such as the fact we’re made up of energy waves or that no one even knows what makes up 96% of the universe and other crazy stuff like that – but we’ll stop at four for now. So there are four crucial levels of our reality and your media, your teachers, your leaders, most of your information sources almost never get past level one! That’s like going to school from age three to 18 and they never teach you about anything other than how to color inside the lines with the crayons.

Dig deeper. If you don’t do it for your own curiosity, do it because THEY don’t want you to.