Lee Camp: America’s impressive history of bioweapons attacks against its own people 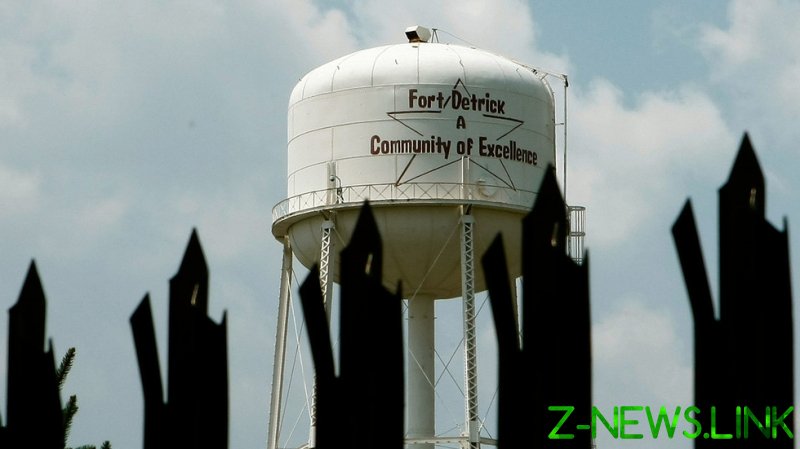 The Biden administration, the mainstream media and pretty much all the politicians in our country continue to throw fuel on the Sinophobia fire initially stoked by former president and current Mar-a-Lago “fungineer” Donald Trump.

(Word to the wise, “Sinophobia” means anti-China hatred, not anti-cinema hatred as I had thought. So I apologize to all the people who posted a movie review for ‘Fast And Furious 27′ and noticed a response comment from me reading “GODDAMN SINOPHOBE!” Under the circumstances, that was an odd thing to yell.)

During the Trump administration, the Wuhan lab-leak theory was called a ridiculous conspiracy that blossomed out of Trump’s racist brain – which it did. It absolutely did. And he should get some credit for that because anyone can be racist but Trump is a racist inventor. He comes up with new and exciting ways to be racist. So he deserves some credit for his innovation.

Last year, Trump’s racist lab-leak theory was thrown out by both the Democratic establishment and most of the mainstream media. However, now that the crackpot conspiracy can be useful for President Biden’s deranged anti-China rhetoric, all of a sudden the establishment and the media think it’s a wonderful conspiracy.

But mainly you have to go to independent news sources to get the reality. Here’s Danny Haiphong at Black Agenda Report: “Similar to Russiagate, US intelligence has run with an entirely unsourced narrative, that conveniently pins blame on another country for domestic ills and labels that country a ‘national security’ threat… The lab-leak conspiracy is an effective psychological operation because it is difficult to imagine evidence that could disprove or prove the claim.”

Ah, those are the best kind of racist stories – the ones that can’t be disproven.

But one thing you’ll certainly never hear from the mainstream media is that all of this is stacked on top of a mostly forgotten, yet impressively prodigious, history of the American people provably being used as lab rats by our own government. For example, as reported at Business Insider, “On September 20, 1950, a US Navy ship just off the coast of San Francisco used a giant hose to spray a cloud of microbes into the air and into the city’s fog. The military was testing how a biological weapon attack would affect the 800,000 residents of the city.”

So they, uh, perpetrated a biological attack on American citizens to find out what would happen in the event of a biological attack on American citizens?! Honestly, the mind reels. In one of the largest human experiments in history, our military covered the people of San Francisco with “… two kinds of bacteria, Serratia marcescens and Bacillus globigii…” (Nowadays you can only find that kind of treatment from Cleveland’s tap water.)

The gas attack sickened many and was known to kill at least one man. According to Rebecca Kreston at Discover Magazine, this event ranked as one of the largest offenses against the Nuremberg Code since its inception because the code requires voluntary, informed consent to, you know, hit people with bioweapons. (Unless you’re trying to kill them, in which case I think the informed consent is off the table.)

But that experiment did not mark the end of such things, just the beginning. “Over the next 20 years, the military would conduct 239 ‘germ warfare’ tests over populated areas, according to news reports from the 1970s – after the secret tests had been revealed – in the New York Times, the Washington Post, Associated Press, and other publications, and also detailed in congressional testimony from the 1970s.”

Of the 239 biological and chemical warfare tests by the military, some were done across the Midwest to see how the pathogen would spread throughout the country (and probably to clear out some parking spots). When asked why military planes were dispersing unknown clouds of s**t over cities, they claimed they were testing a way to mask the cities from enemy bombers.

– A US military spokesman, probably, at some point

In another study of how vulnerable New York City subway passengers were to covert biological agents, for six days the US military broke light bulbs brimming full of the bacteria Bacillus subtilis and S. marcescens inside NYC subway stations and watched it spread throughout the city. “Clouds would engulf people as trains pulled away, but documents say that the people ‘brushed their clothing and walked on.’ No one was concerned.”

That’s New York for ya. Hit commuters with germ warfare – they just brush it off and keep moving. Every day to a New Yorker is germ warfare. I once rode from Montauk to Hoboken sitting across from a man relieving himself. A little experiment by the Military Industrial Complex doesn’t even register on a New Yorker’s list of things to worry about.

Yet, the military was testing more than just germ attacks. “Other experiments involved testing mind-altering drugs on unsuspecting citizens.” That program went by the name MKUltra (which is also a great name for a metal band or a homemade cocktail containing absinthe). MKUltra continued for 20 years, during which the CIA tried to achieve mind control by using torture, LSD, hypnosis, and electro-shock therapy — sometimes on unwitting subjects. (And even if they were witting going into the experiment, afterwards not so much.)

Among other things, this program resulted in the murder of a scientist named Frank Olson in 1953 and (accidentally) the creation of the Unabomber. (Who said the CIA doesn’t work hard? They’re killin’ people here, electrocutin’ people there, creatin’ terrorists. That’s a hell of a workload.)

Next, there’s the well-known Tuskegee Experiments in which “… government researchers studied the effects of syphilis on black Americans without informing the men that they had the disease – they were instead told they had ‘bad blood.’”

“Not to worry, young man – you just have bad blood. It’s gonna be fine. But you will also die soon. That’s one of the negative side effects.”

The researchers withheld treatment from the participants so they could continue to study the illness, which the men weren’t even told they had.

In sum, the Military Intelligence Industrial Complex are serial murderers — not just overseas — but of our own citizens. They performed hundreds of experiments on unsuspecting Americans, and yet the organizations responsible still exist and enjoy budgets in the hundreds of billions of dollars a year. No one went to prison for these heinous acts because when you or I do it, it’s called “a horrible crime,” but when the ruling elite do it, it’s called “research.”