Home / WORLD / LeBron vs Zlatan: Please, spare us this clash of overinflated egos 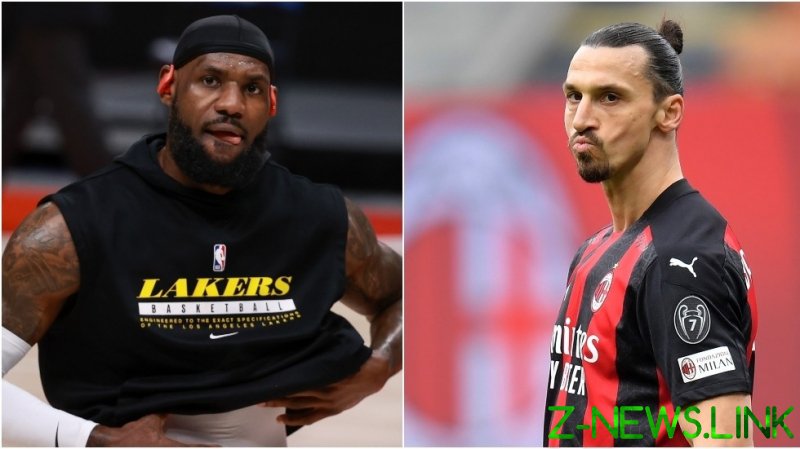 If you haven’t heard, Swedish egomaniac Zlatan has irked LeBron with his suggestion that the basketball saint should quit playing politics and basically shut up and dribble.

“That is the big first mistake people do when they become famous and they become in a certain status,” said the 39-year-old AC Milan forward in a recent interview.

“Stay out of [politics]. Just do what you do best because it doesn’t look good.”

It wasn’t long before the riled Lakers star returned fire, warning Zlatan that he was “the wrong person to go at.”

“At the end of the day, I’ll never shut up about things that are wrong,” sniped the four-time NBA champion.

“There’s no way I will ever just stick to sports, I understand this platform and how powerful my voice is.”

With the battlelines drawn, fans have been busy picking sides between a man styled as a latter-day Martin Luther King and someone who sees himself as a lion incarnated in human form.

For the liberal US media there will only ever be one winner. James can do no wrong as champion of the woke and proud commander of the Black Lives Matter crusade. It’s not hard to anticipate the fawning articles supporting the basketball star and rebuking Ibrahimovic that will flow forth in the coming days.

It’s a golden opportunity for the media to nail their own virtues to the mast as they explain why James is ‘so much more than a basketball player’ while plying him with the usual platitudes.

Zlatan, they will argue, is clearly misguided. Just look at the work James has done reminding anyone and everyone about the BLM cause at any given opportunity, along with the rest of the NBA foisting social justice messages on fans whenever they tune in. 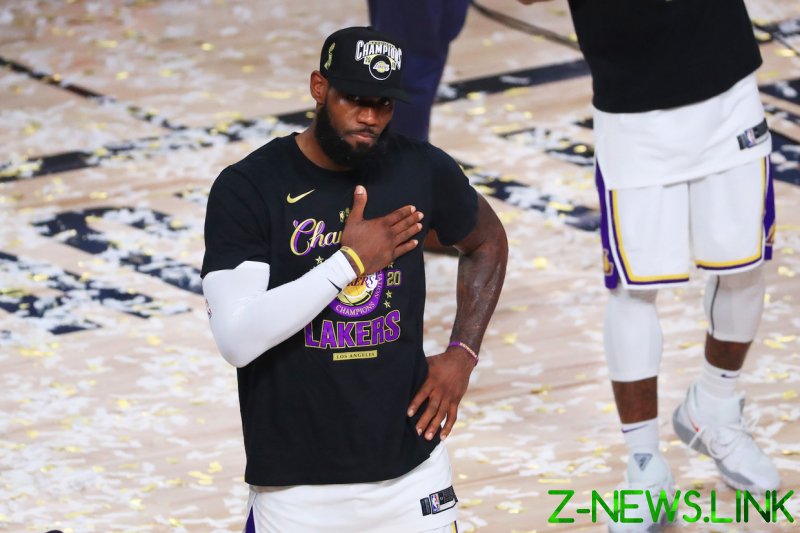 James can expect support from the US media. © Getty Images via AFP

James claimed that Ibrahimovic had picked the wrong man to spar with, telling him: “I speak from a very educated mind. I’m kind of the wrong guy to go at because I do my homework.”

Strangely, that homework was absent back in 2019 when, along with the NBA, James seemed to put profits before principle in the row over the anti-government protests in Hong Kong.

‘F minus’ for that particular submission, Mr James.

The basketball star’s riposte to Ibrahimovic was also replete with the kind of language that smacks of his grandstanding.

“I preach about my people, I preach about equality, social injustice, racism, systematic voter suppression, things that go on in our community,” said James.

Indeed, despite James advocating unity and equality, his rhetoric can often come across as vindictive and divisive. Take his diatribe in the aftermath of the riots at the US Capitol, for example, when he accused other sections of society of shamelessly stealing from black culture.

“Everyone jumps on the bandwagon of what [black people] provide, what we bring, the way we dress, our music, our culture, our food,” James railed.

“Everyone steals from what we do, and then they want to act like they did it or they brought it to this world. We don’t get our due diligence, the respect, we don’t get anything back from this country apart from a slap in the face.”

That was accompanied by the assertion that America had “sh*tted away four years” under Donald Trump.

James’ spats with the former president often seemed petty, personal and unbecoming of both. They are exactly the kind of posturing which Ibrahimovic was advocating against when he talked of sports stars steering clear of political entanglements.

Many observers have mistakenly seized on the Swede’s words as applying not just to politics (which Ibrahimovic mentioned specifically), but also to James’ widely-publicized work in the community.

That seems unlikely. It’s hard to imagine Ibrahimovic taking issue with the kind of work that James does for youngsters through the likes of his ‘I Promise School’ in his native Ohio.

After all, Ibrahimovic is not a man without a social conscience. Last year, he announced a €1 million fundraiser to help hospitals in Italy during the pandemic. He has previously worked with the likes of the UN World Food Programme to help tackle food poverty.

But is Ibrahimovic any more bearable than James?

He certainly isn’t as overtly political – although that isn’t exactly hard. Instead, what Ibrahimovic lacks in political activism, he makes up for in the relentless stroking of his own ego.

His whole ‘I’m a lion’ schtick does wear a bit thin when coming from a 39-year-old man. Ibrahimovic has almost become a caricature of himself, even if his remarkable longevity and continued prowess on the pitch is impossible to deny. 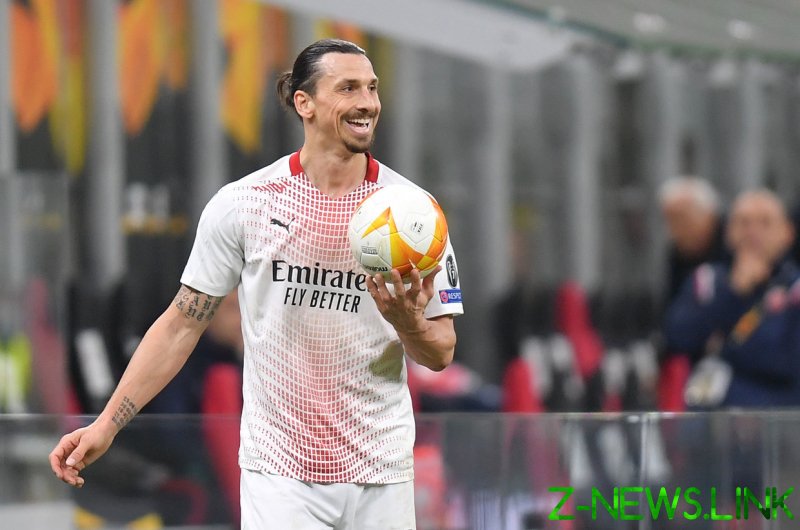 Ibrahimovic is well-known for his outsized ego. © Reuters

Such is his own redoubtable ego, Zlatan is unlikely to care about the barbs heading his way from disgruntled basketball fans or liberal media.

In any case, both men are millionaires many times over, living pampered lives which in particular makes it so much harder to swallow the kind of social justice spiel that James trots out so frequently.

Let us hope, then, that Ibrahimovic doesn’t reply to James’ latest remarks – purely to spare us all the tedium of a drawn-out battle between two men oblivious to their overinflated senses of self-importance.