Home / WORLD / LeBron James’ threat to a police officer shows he sees only black and white, not right and wrong

LeBron James’ threat to a police officer shows he sees only black and white, not right and wrong 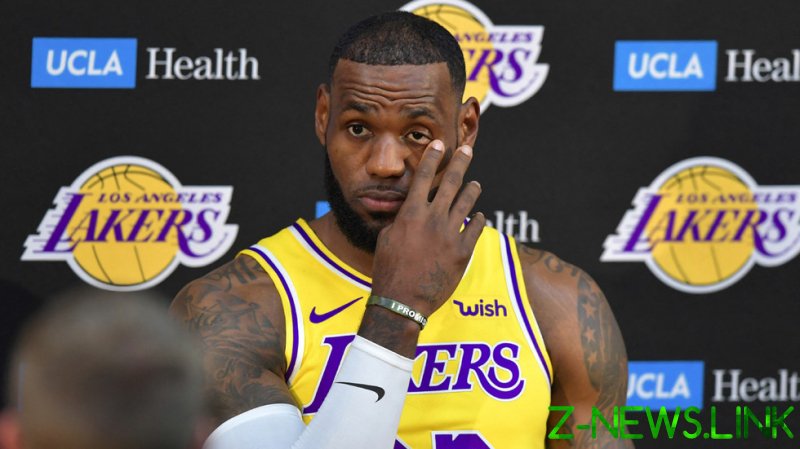 Imagine being a police officer forced to pull your gun and take someone’s life to save the life of another. Most cops never have to do this in their career, so the mental weight of the situation wouldn’t be something that many could identify with. I imagine that there has to be a massive guilt attached to it, even though you did the right thing.

That was the situation faced by officer Nicholas Rearden who shot and killed Ma’Khia Bryant, after she charged at two people with a knife in Columbus. Now imagine returning home, almost certainly traumatized, to find out that an NBA star put your picture on Twitter alongside a none-too-subtle threat, “you’re next.”

You did what you had to to save someone’s life, and some pampered athlete is treating you like the devil while using an old Bill Goldberg line from pro wrestling to act like you should be destroyed.

Reactions to LeBron James’ tweet have not been positive. Many pundits saw it as a sign of a more hostile America that is accelerating toward more racially motivated violence if this sort of behavior is not checked.

What’s clear is that such an ill-advised intervention doesn’t help anything. The fact that someone who wields so much influence in pop culture holds such an apparent “all cops are bastards” attitude is alarming. And his audacity in trying to justify his tweet afterwards is even more appalling.

When you look at his words, it’s obvious that he’s making excuses. His NBA career has been riddled with them whenever he’s failed to deliver, and I’m guessing this is how he behaves off the court as well.

His willingness to lecture people on accountability is ridiculous. What he did could have damaged this officer’s livelihood, or worse his health. Some crazed fan could have found him and done him some serious damage. And if the worst happened, why would this man be a scapegoat? For saving someone’s life? It’s worth taking into account that even Don Lemon of CNN – not always a big advocate of police officers – thinks Rearden did the right thing.

If what we’re taking away from the conviction of Derek Chauvin is that every cop who takes a life is in the wrong, we are not learning the right lesson. All life is sacred; we all have a right to life, and it is the duty of police officers to preserve that right. There’s a reason here in the United States that police officers take an oath to uphold the Constitution, and we absolutely should hold them to that standard. Rearden clearly did the right thing in shooting Ma’Khia Bryant. Why should we punish him for that?

LeBron James deserves to be fined by the NBA for his tweet, but I think that something more needs to happen. Celebrities who act so irresponsibly – with such potentially dangerous consequences –  need to be held to account. The fact of the matter is that enough blood had been shed, and trying to frame a cop who just did his job is disgusting.

American cops have an exceptionally difficult role, particularly in the current climate, and I think throwing them under the bus in the manner LeBron James did will only continue to divide the nation along race lines. Most, if not all, Americans want the same thing from our police force: for them to protect and serve.

While LeBron James seems to be perfectly fine with statements like this, no one else should be. But maybe it’s to be expected – after all, we’ve seen enough of him acting the victim on court.