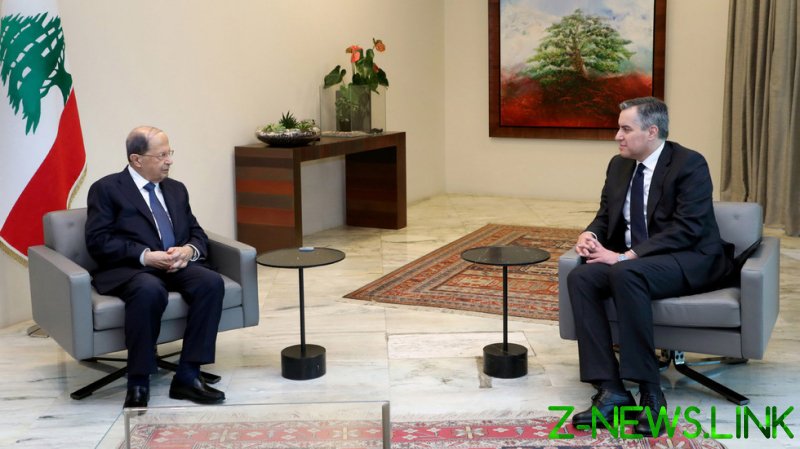 Adib announced his resignation after meeting with President Michel Aoun on Saturday, saying that he was not able to fulfill the “task of forming the government.” He had struggled for more than a month to create a non-partisan cabinet. Although he expressed support for political reforms and overhauls urged by French President Emmanuel Macron, Adib ran into innumerable hurdles, including a fierce debate over which party would control the Finance Ministry.

Aoun warned last week that there was no clear solution to the political gridlock that has prevented the creation of a new government, predicting that Lebanon would go “to hell” if a settlement wasn’t reached.

Cabinet positions were supposed to be filled by mid-September. The breakdown in negotiations will exacerbate Lebanon’s severe economic problems, as much-needed foreign aid is tied to the successful implementation of Macron’s political map for the country.

The crisis comes after a horrific explosion in the capital of Beirut on August 4, which killed more than 200 people and prompted the entire government to step down.