Lebanon in COMPLETE DARKNESS after 2 power stations shut down, blackout will ‘continue for few days’ 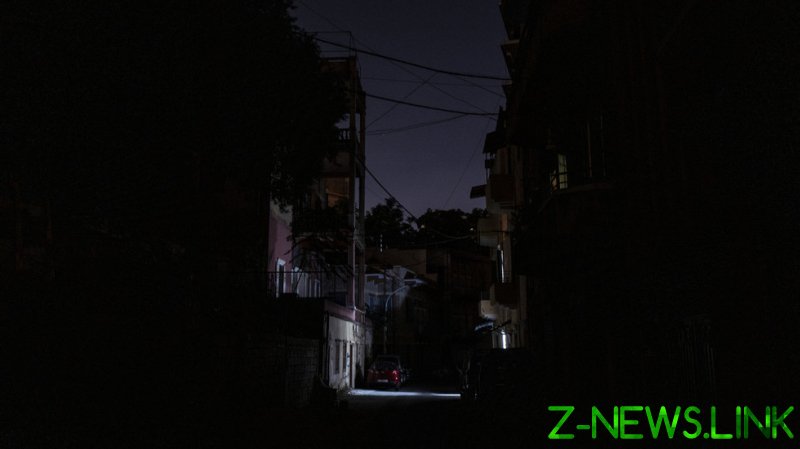 The blackout in the country of almost six million is expected to last for several days, the government source told Reuters.

“The Lebanese power network completely stopped working at noon today, and it is unlikely that it will work until next Monday, or for several days,” the official told the agency.

The authorities will attempt to use the military’s oil reserves so the power plants can temporarily resume operations, he said, but warned that it wouldn’t happen anytime soon.

The affected Deir Ammar and Zahrani power stations had been providing 40% of Lebanon’s electricity, according to their operator, Electricité Du Liban.

The facilities ran out of fuel because the government lacked foreign currency to pay foreign energy suppliers. Ships carrying oil and gas had reportedly refused to dock in Lebanon until payments for their deliveries had been made in US dollars.

The Lebanese pound has sunk by 90% since 2019, amid the economic crisis, which has been further deepened by political deadlock. Rival factions haven’t been able to form a government in the 13 months since the deadly blast in the port of Beirut, only finding common ground after the approval of a new cabinet in September.

The power-supply situation had been dire in the country before the complete blackout, with residents able to get electricity for only two hours a day.

Some residents have been relying on private diesel generators to power their homes, but such hardware has been in short supply in the country.