Home / WORLD / Leave it to the experts: Russian Orthodox Church leader instructs followers not to carry out DIY exorcisms on children

Leave it to the experts: Russian Orthodox Church leader instructs followers not to carry out DIY exorcisms on children 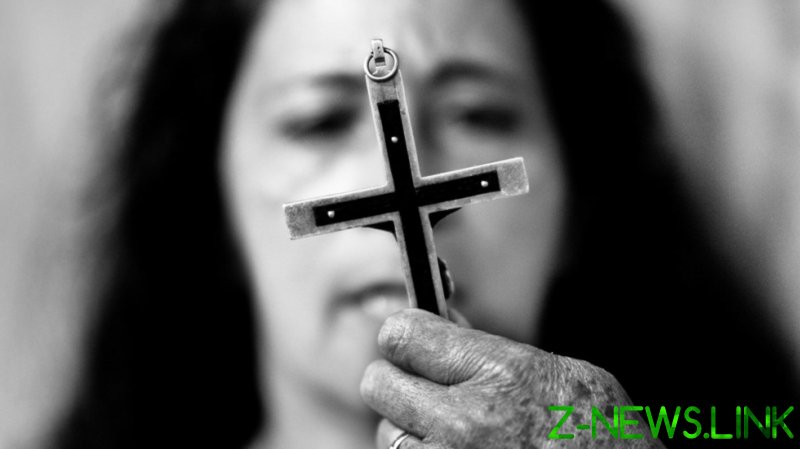 Metropolitan Hilarion of Volokolamsk told reporters on Saturday that those fearing their loved ones had become “possessed” should seek out the help of their priest before attempting ceremonies themselves.

“There is a practice in the Church called exorcism,” he said, “when a possessed person is brought to a priest, and he reads special prayers about casting out demons… If questions arise as to whether a person is possessed, you need to turn to the priest.”

In November, a video was shared widely of parents in Russia’s Volgograd region pinning down a ten-year old boy in an improvised ritual aimed at expelling evil. They can be seen twisting his arms, as well as dousing him with holy water and garlic, while their son screams and writhes in pain. At the time, social services said they were looking into the incident.

Metropolitan Hilarion added that these initiatives were “completely unacceptable” and contrary to the teachings of the Church. He reiterated that exorcisms conducted by priests are “never performed on children” and that “most importantly, we should not confuse certain mental health problems with demonic possession.”

In 2019, a woman was detained in Moscow after her son died during a ceremony performed to cast out demons. He had suffered with a range of psychological problems after losing his job and going through a divorce and, according to his family, had developed an interest in the occult. Following a visit to a church, he is reported to have had a seizure and begun banging his head on furniture and the floor. His mother and sister sat on him and began reading prayers, during which he is thought to have stopped breathing.

Witchcraft and folk beliefs have historically existed in Russia alongside the Orthodox Church. In 2017, close to one million people earned a living in the country as mystic healers, psychics and mediums, according to data from the ministry of health.