Home / WORLD / Leaked US & NATO replies to Russia: Here’s what you need to know

Leaked US & NATO replies to Russia: Here’s what you need to know 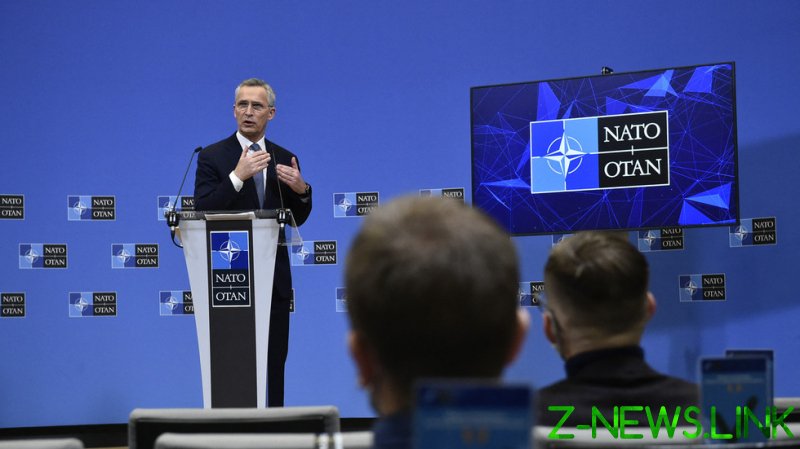 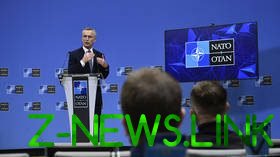 In December, Russia requested that the US and NATO produce definitive written responses to its proposals on assurances addressing security concerns. The letters were sent to Moscow last week. US Secretary of State Antony Blinken told reporters at the time that the correspondence should stay confidential. However, the two letters were allegedly leaked in full to Spanish newspaper El Pais and published on Wednesday.

What did the US and NATO propose?

The West has apparently offered general transparency and confidence-building steps. These include utilizing existing military communication channels, setting up a civilian hotline for emergencies, and the reopening of the  respective missions in Moscow and Brussels.

NATO specifically writes about exchanging information about military drills with Russia, and measures like earlier notices of snap exercises and sending more observers to monitor them. This could reduce some day-to-day tension and dangerous incidents along East European borders, as both sides have frequently accused each other of provocative maneuvers in the air and at sea. A particularly grim altercation occurred in the Black Sea last year, when Russia said it had to fire warning shots to ward off a British warship from its waters near Crimea.

There can be hurdles as well. For instance, Russian media reported last week that there were still disagreements with the US-led bloc over the size of its mission in Brussels.

What are Russia and the West arguing about?

The main point of contention seems to be the concept of the ‘indivisibility of security’ in Europe.

Russia often points to the 1999 OSCE Charter for European Security, which says that each country “has an equal right to security,” and countries “will not strengthen their security at the expense of the security of other states.” This formula was affirmed in the OSCE’s declaration at the 2010 summit in Astana (now Nur-Sultan), Kazakhstan. Moscow argues that this means NATO and the US cannot expand their military infrastructure eastward without Russia’s consent.

In the response leaked to El Pais, Washington said it was ready to discuss “our interpretations” of indivisibility of security. This caveat stems from NATO’s insistence that it is a purely defensive alliance that does not pose any threat to Russia, contrary to what Russia itself says.

In a letter to the US and its allies, published on Tuesday, Russian Foreign Minister Sergey Lavrov accused `~~~ Western countries of ignoring the concept of indivisibility of security altogether in favor of cherry-picking “elements that suit them” from international documents, namely those guaranteeing the freedom of individual states to choose their alliances. He highlighted that the West’s written responses demonstrated “serious differences” in the understanding of the issue.

Speaking on Russian TV last week, Lavrov argued that it was “difficult” to view NATO as a defensive alliance, considering its interventions in Yugoslavia, Afghanistan and Libya.

Are we any closer to a breakthrough?

NATO presented a laundry list of demands, including the withdrawal of Russian forces from Georgia, Moldova, and Ukraine, which implies that Moscow must return Crimea to Kiev.

Russia has repeatedly stated that Crimea’s reunification with the country in 2014 is irreversible. It’s also constitutionally impossible, under amendments voted on in 2020.

It is highly unlikely that Moscow will remove its peacekeepers from Moldova’s breakaway Transnistria region, where they have been stationed since the early 1990s, until the frozen conflict there is resolved. It is similarly hard to see Russian peacekeepers being removed from Abkhazia and South Ossetia, whose independence from Georgia was recognized by Russia in 2008.

The US has allegedly written it stands ready to talk about “reciprocal commitments” not to deploy offensive ground-launched missile systems and permanent combat troops in Ukraine, which also implies that Russia must abandon Crimea.

Russia’s demand for NATO to publicly abandon its so-called ‘open-door policy’ of accepting new member states seems equally unrealistic at this point, after the US and NATO reaffirmed the right of any country to seek membership in the bloc.

After a flurry of talks in January, the parties agreed to maintain dialogue and look for a diplomatic solution to the crisis. Russia announced that British Foreign Secretary Liz Truss was set to visit the country this month. However, Truss tested positive for Covid on Monday and switched to working remotely.

In a bid to ease tensions, Ukrainian President Volodymyr Zelensky urged the West last week not to spread panic.

The US and the EU are, meanwhile, gearing up for new sanctions if Russia attacks Ukraine. At a UN Security Council meeting on Monday, Russian envoy Vassily Nebenzia once again rejected claims that Russia was planning to attack its neighbor.