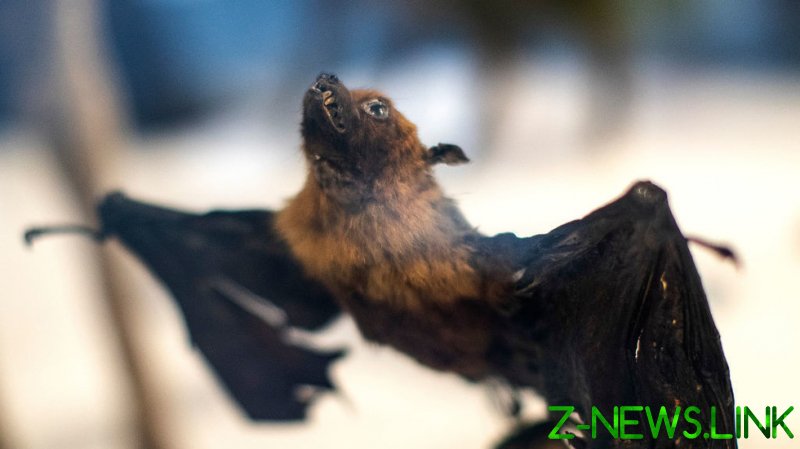 Some 18 months before the first Covid cases appeared, the three-and-a-half year study had planned to release skin-penetrating particles containing “novel chimeric spike proteins” from bat coronaviruses into bat caves in China’s Yunnan province. The goal was to study and prevent transmission to humans.

The proposal, titled ‘Project Defuse’, was submitted by EcoHealth Alliance for funding consideration as part of an initiative aimed at preventing emerging pathogen threats by the US Defence Advanced Research Projects Agency (DARPA). It was ultimately rejected over safety concerns.

The documents were released this week by DRASTIC – a web-based investigative team of scientists from around the world. The group claimed to have obtained the documents from an unidentified whistle-blower.

EcoHealth President Peter Daszak, a British zoologist, is listed as the person in charge of Project Defuse, which would have been a collaborative effort with the Wuhan Institute of Virology (WIV) and a number of US universities, along with the US Geological Survey National Wildlife Health Center and the Palo Alto Research Center.

Earlier this month, investigative news outlet The Intercept revealed that federal agencies, including the US National Institutes of Health, granted EcoHealth Alliance a total of $3.1 million – with nearly $600,000 used in part to “identify and alter bat coronaviruses likely to infect humans” at the WIV.

According to the Telegraph, the documents released this week by DRASTIC were apparently confirmed to be genuine by a former member of the Trump administration. They indicate that researchers were looking to tailor bat coronaviruses to target “human-specific cleavage sites”. This would make it easier for the virus to get into human cells.

In a statement, DRASTIC said the proposal’s “discussion of the planned introduction of human-specific cleavage sites” indicated that a closer review by the “wider scientific community of the plausibility of artificial insertion is warranted.”

Although DARPA’s ‘Biological Technologies Office’ rejected the project since it would “potentially involve ‘Gain of Function’ research” without assessing the risks of such, it left the door open for future funding since there were “several components of great interest” in the proposal.

In response to a verification request from a news outlet, DARPA stated that it has “never funded directly, nor indirectly as a subcontractor, any activity or researcher associated with the EcoHealth Alliance or WIV.”

The documents do not present any conclusive evidence to support the disputed theory that Covid-19 was leaked from a Chinese lab, but they further highlight the fact that US agencies had expressed interest in risky research into bat coronaviruses in the years leading up the pandemic.

Earlier this year, World Health Organization (WHO) experts spent around a month in China and concluded in a report that cases identified in Wuhan in 2019 were believed to have been acquired from “a zoonotic source, as many [of those initially infected] reported visiting or working in the Huanan Wholesale Seafood Market.”

However, US skepticism over that report had prompted calls for another probe by the UN health body. In July, the WHO called for a second stage of investigations, which would include “audits of relevant laboratories and research institutions” in Wuhan. But China’s vice health minister, Zeng Yixin, countered that the plan showed “disrespect for common sense and arrogance towards science.”