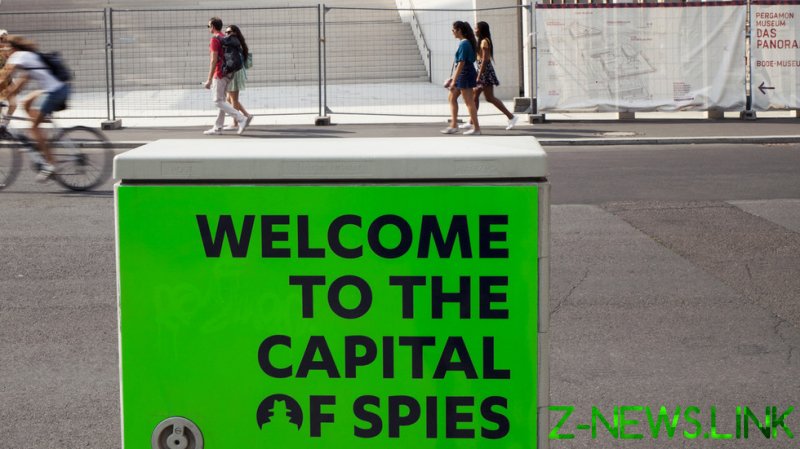 The Russian hacker must have been hibernating for the past four years, but now he wakes up just before the federal elections to attack German computers. At least that’s what the ARD political magazine Kontraste would have us believe.

Once again, Kontraste got this information from a current “situation report on hybrid threats” classified as confidential, which happened to find its way into the editorial office from the Federal Ministry of the Interior (BMI).

But is Interior Minister Seehofer in a panicked search for a leak?

Just in time for the election, the ministry reports, with complete confidence of course, “increased attack activities” by a “cyber actor” originating from Russia against political parties and foundations in Germany – as if sensitive, compromising data can only be captured before an election, not in the years between. It is also only natural that the ministry assesses the attacks as a “serious threat.”

No need for proof is assumed – after all, everybody knows the Russians have done it before, haven’t they? Back in 2016, with the Democratic National Committee leaks that cost Hillary Clinton her election victory and gave us four entertaining years with Trump.

This hack is presented as a fact set in stone.

What the authors of such articles always tend to forget is the sentence in Annex B of the Intelligence Community Assessment about the “estimative language” it uses: “Judgments are not intended to imply that we have proof that shows something to be a fact. Assessments are based on collected information, which is often incomplete or fragmentary, as well as logic, argumentation, and precedents.”

A typical case of ‘highly likely’, which, given enough time and distance, becomes fact for German journalists as well. They also conveniently leave aside the fact that the DNC leak made public the corrupt dealings of Clinton and her supporters.

The ministry draws on a network of typically ‘professional’ sources when it comes to its highly confidential analysis:

“The BMI report refers to an assessment by the corporate security department of US company Facebook, which in exchanges with the German government expressed fears that stolen data could be leaked to journalists in the future.”

A government ministry thus relies on the assessment of a company that is well known as a data leech and can only be persuaded to respect the privacy of its customers under threat of the most severe repercussions. In 2019, for example, Facebook paid a record $5 billion in fines to US authorities to end further investigations into its privacy scandals.

Conversely, was the report from which Kontraste quotes so generously not supposed to be confidential itself? The questions pile up.

One thing we can state: Leaks are basically OK when the government itself releases them – which is an idiotic state of affairs from a journalist’s point of view.

Kontraste reports that RT DE is diligently helping out the notorious hackers on the media front, if only in a small way.

“According to the Russian state broadcaster’s account, the election polls conducted by Forschungsgruppe Wahlen (a polling group) and INSA (Institute for New Social Answers) were among the factors that helped the CDU win the election in the end,” the Interior Ministry’s confidential analysis said.

Strictly speaking, the article in question speculates about the possibility that polls influenced the elections, quoting from a study commissioned by the Frankfurter Rundschau (FR) in 2017. The FR even comes to a clear verdict: “Surveys [can], however, also turn out quite differently depending on the provider – and thus, in addition to the pure depiction of political approval ratings, also influence opinions and voting behaviour.”

Kontraste might have done well to read the article itself first, rather than the BMI’s assessment.

If I were Seehofer, I would really worry about the discretion of German authorities.

The Tagesspiegel is outraged by the “perfidious polemics” of articles like Annalena Baerbock – Reunification of Europe on the shoulders of her Wehrmacht grandfather? and makes no secret of its disgust at the “Putin regime activism” against the Green candidate for chancellor.

Yet, Annalena Baerbock herself produced the offbeat reference at an Atlantic Council lecture. Take a look for yourselves:

Of course, it’s beyond the Tagesspiegel to point that out, otherwise the article wouldn’t fly. The Tagesschau at least takes the really decisive and important sentence from one of the countless confidential reports on RT DE:

“RT DE’s reporting could not be called disinformation overall, but it reportedly tries ‘rather subliminally, casually, without sensational striking accusations, to promote the loss of trust in institutions.'”

And what would you call it when one makes sensational and striking accusations without disinformation, so that loss of trust sets in?