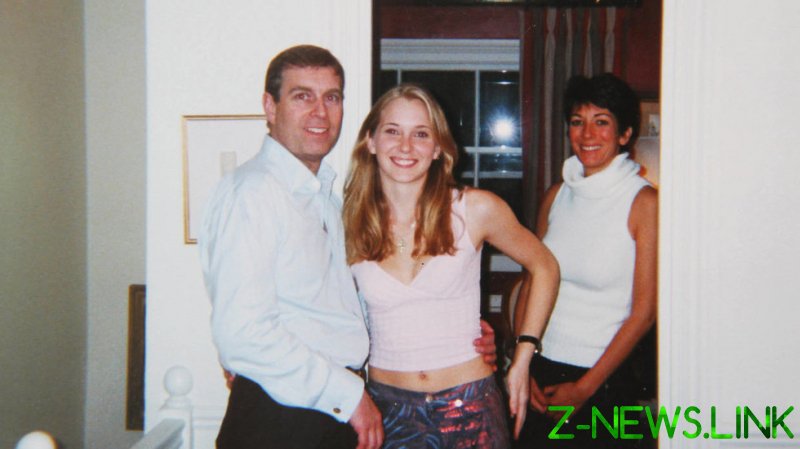 Giuffre’s lawyers filed the lawsuit on Monday with a federal judge in Manhattan, accusing Andrew Albert Christian Edward, the duke of York, of sexual assault, battery and inflicting emotional distress on her when she was 17.

“I am holding Prince Andrew accountable for what he did to me,” Giuffre said in a statement announcing the lawsuit. “The powerful and rich are not exempt from being held responsible for their actions. I hope that other victims will see that it is possible not to live in silence and fear, but to reclaim one’s life by speaking out and demanding justice.”

The lawsuit alleges that the royal abused Giuffre on multiple occasions while she was under the age of 18, including at Maxwell London home and at Epstein’s mansion in New York. Among the filings is the infamous photograph of the royal with his arm around Giuffre, taken at Maxwell’s apartment in 2001, which Prince Andrew claimed may have been forged.

Another exhibit in the filing is the never before seen chart showing the flights of Epstein’s private jet, known as “Lolita Express,” to various locations in the US and Europe. In addition to Prince Andrew, other prominent individuals have been documented as flying on Epstein’s plane – including former US President Bill Clinton.

In the now-infamous BBC Panorama interview in 2019, Prince Andrew denied ever having sexual relations with Giuffre and said he had “no recollection” of ever meeting her.

“I can absolutely categorically tell you it never happened,” Andrew said of their alleged sexual encounter.

It was Giuffre’s 2015 defamation lawsuit against Maxwell – Epstein’s confidante and alleged confederate – that triggered the series of events that led to the entire scandal being blown wide open. It was settled and never went to trial, but attorneys Alan Dershowitz and Mike Cernovich sought to unseal it. When they succeeded in 2019, Epstein’s lenient 2008 plea deal came under renewed scrutiny. He was arrested and jailed, only to be found dead inside his jail cell in New York, officially from suicide.

Maxwell, 59, was discovered hiding in the US and arrested in July 2020. She was charged with being accessory to sex trafficking. She pleaded not guilty. Her trial is scheduled to start in November.

Andrew, 61, is the second son of Queen Elizabeth II and Prince Philip, Duke of Edinburgh.